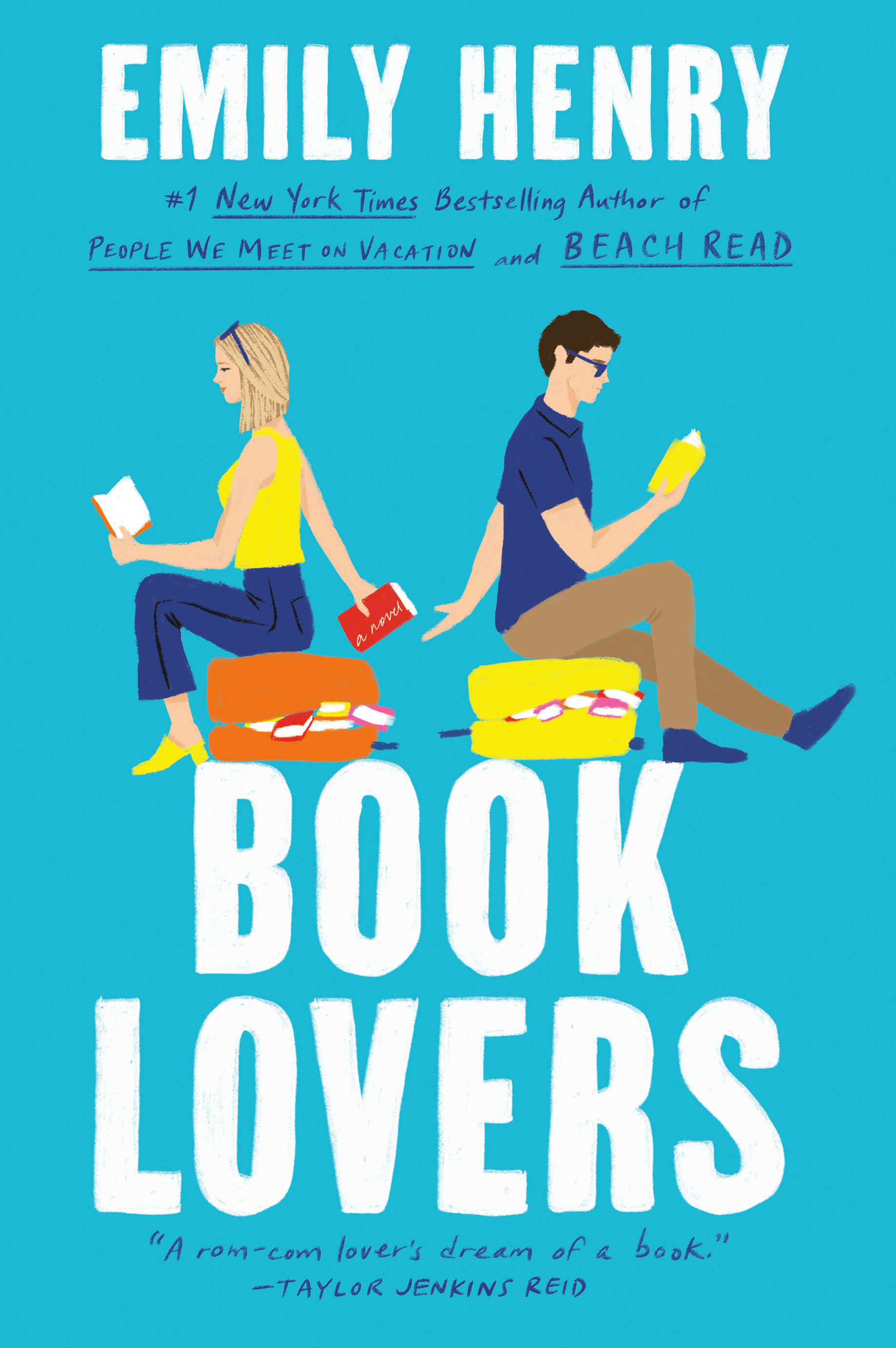 Book Lovers by Emily Henry
My rating: 5 of 5 stars

“Sometimes, even when you start with the last page and you think you know everything, a book finds a way to surprise you.”

Book Lovers was one of my most anticipated reads of 2022, but it was also one of the books I was most nervous to read. I adored Beach Read and The People We Meet on Vacation, Henry’s two previous adult fiction novels, so a part of me was afraid that Book Lovers might not measure up. Also, romance isn’t a genre that I was very into until last year, when nearly half of my 192 reads for the year were romance. I felt like I had gorged on them so much that I was sick of them, and I feared that any romance I read this year would suffer through no fault of their own, but simply because I was burned out. Thankfully, neither factor effected my experience with Book Lovers. It was just as lovely as I could have hoped; different enough from Henry’s other novels to not feel redundant, and with enough plot outside of the romance itself to keep from feeling nauseatingly sweet. END_OF_DOCUMENT_TOKEN_TO_BE_REPLACED

The Well of Ascension by Brandon Sanderson
My rating: 4.5 of 5 stars

I first read Mistborn: Era 1 a little over 7 years ago. While I loved it in its entirety, I remembered thinking in hindsight that The Well of Ascension was significantly weaker than the first and third novels in the trilogy. I was mistaken. While it wasn’t quite as fast-paced as its predecessor, this was still a phenomenal book in its own right. It’s not quite perfect, but it is much stronger than I recalled. And there was so much that I had forgotten! As with all of Sanderson’s work, The Well of Ascension is brimming with fascinatingly scientific magic systems, a compelling plot, mysteries that don’t give themselves away too quickly, and characters with flaws but a ton of heart. Rereading this series is reminding me of why Sanderson is one of my favorite authors of all time. He never lets me down.
END_OF_DOCUMENT_TOKEN_TO_BE_REPLACED

The poetry snuck up on me.

During a section of this book, there was a story within a story, a chapter-long tale that was written in regular narrative fashion… but then I started noticing how all the sentences were split in half, and those half-sentences started to rhyme. They weren’t written on the page in verse (although there were plenty of songs and poems found elsewhere throughout the book). No, this chapter had built-in rhyming couplets woven into the chapter’s narrative that were subtle, yet incredibly powerful. And it went on for an impressive length of time. Not all lines rhymed, but enough to feel like you’re reading some epic poem of yore, adding to the mystique of the ‘storyteller-telling-a-story-within-a-book’ vibe. A Russian doll of tales. An ouroboros of oration.

The First Binding is a massive undertaking. I’ve read trilogies shorter than its 800+ page length. And as I neared the end, I did not want it to finish. It is many stories in one: about present day Ari, ‘The Storyteller,’ who is on a mysterious mission far from home. It is intercut with Ari telling his life story to a mysterious stranger, where we learn about the legend of his youth, and how he became so powerful and infamous. And it is about the changing world surrounding Ari and this stranger, as turmoil and unrest may force Ari’s past to catch up with his present.

You may have heard this one before: a talented kid with a tragic beginning, telling his tale at a tavern to set the record of his infamy straight. The comparisons to Name of the Wind are deserved. Although I am a fan of Rothfuss’ series, I felt like Kvothe’s story often spun its wheels. Not once did I get that feeling while reading this book. Virdi packs an incredible amount of lore, memorable characters, hateful antagonists, complex magic systems, religious history, races, classes, geography, music, and of course, stories into one volume – yet by the end, it still felt like our time with Ari was just beginning.

There’s so much to unpack in this story: hidden clues, jarring mysteries, and nagging questions as to why certain things are the way they are. This book isn’t even out yet, yet I have to restrain myself on Twitter from bombarding the author on when he thinks book two is going to be published. Virdi is excellent at giving us just enough information to theorize a hundred different paths for the story to turn.

I think this is going to be a landmark book when it publishes. It might take some patience, as the first 10% or so is a bit slower than the rest, but once you lose yourself in this South Asian-inspired fantasy world, there’s no turning back. The First Binding is a grand, mesmerizing story that never ceases to unveil new layers of mystery and wonder throughout its epic scope. A rare treasure of a novel, and something truly special.

Elektra by Jennifer Saint
My rating: 4 of 5 stars

Nothing reeks of trauma and death and shattered dreams quite like a Greek tragedy. Even the more heroic epics, such as The Iliad, often see the heroes victorious but slain among their enemies. But what of those left behind, those doomed to pick up the pieces in the aftermath? What of those stepped on and over by these so-called heroes on their path to glory? What of their “prizes,” those they claim as trophies after their victories? In other words, what of the women?

“Can’t you see that it just goes on, over and over? The gods demand their justice, but we suffer for it, every time.”

END_OF_DOCUMENT_TOKEN_TO_BE_REPLACED 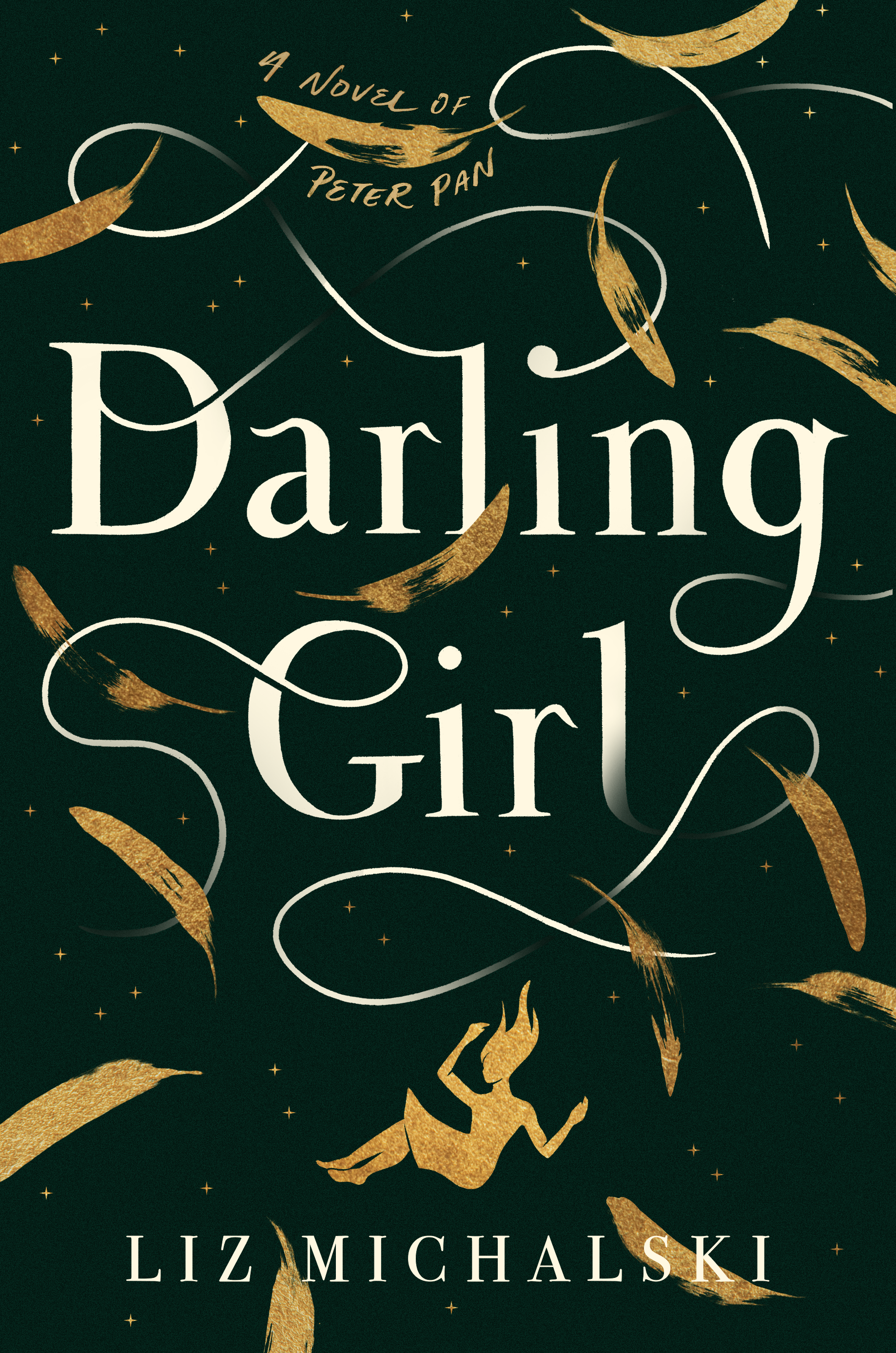 END_OF_DOCUMENT_TOKEN_TO_BE_REPLACED

Sword of Destiny by Andrzej Sapkowski

Sword of Destiny is a huge step down from The Last Wish. END_OF_DOCUMENT_TOKEN_TO_BE_REPLACED

Song of Susannah by Stephen King
My rating: 4 of 5 stars

Song of Susannah is the penultimate installment in King’s magnum opus, The Dark Tower. And though I still wouldn’t consider it a bad book by any means, I do believe it’s the weakest in the series since The Gunslinger. That being said, I still very much enjoyed my time in this world and with these characters. I was absorbed the entire time, and the tension was palpable. Even when King isn’t at his best, there’s something about his writing that just sucks me in and won’t let me go, even after I’ve read the final pages.

“In the Land of Memory the time is always Now.
In the Kingdom of Ago, the clocks tick… but their hands never move.
There is an Unfound Door
and memory is the key which opens it.”

END_OF_DOCUMENT_TOKEN_TO_BE_REPLACED

After yesterday, we have another exciting post today. Yes, it’s another cover reveal! Novel Notions will be hosting the cover reveal to The Blood of Outcasts by D.A. Smith! Or to be more precise, this is a cover re-reveal. Knowing the importance of beautiful cover art, especially in self-publishing, the author decided to rebrand his debut novel with a brand new look. This is the first book in The Bane Sword Saga, a gritty samurai-inspired fantasy novel!

Without further ado, here’s the cover reveal to The Blood of Outcasts by D.A. Smith!

END_OF_DOCUMENT_TOKEN_TO_BE_REPLACED

We have an exciting post today. Novel Notions will be hosting the cover reveal to Starbinder by Mark Timmony! Starbinder is an Eye of Eternity novella and a loose prequel to The Blood of the Spear. The author has mentioned that it is not necessary to have read Blood of the Spear first but you might get a bit more out of it if you have. The ebook for Starbinder is not available for sale, it’s an exclusive download for people who subscribe to my mailing list – which can be found here: https://marktimmony.com/signup/

There will be a physical version of the book available for sale via Amazon, etc, soon. Without further ado, here’s the cover reveal to Starbinder by Mark Timmony!

END_OF_DOCUMENT_TOKEN_TO_BE_REPLACED

ARC was provided by the publisher—Tor Books—in exchange for an honest review.

In the Shadow of Lightning by Brian McClellan

Brian McClellan’s return to the epic fantasy scene is a good one, but it didn’t feel as explosive as his Powder Mage universe.

In the Shadow of Lightning, the first book in The Glass Immortals series, was one of my most anticipated releases of 2022. It has been three years since Brian McClellan concluded his Powder Mage universe series with Blood of Empire, the third and final book in his God of Blood and Powder trilogy. I have read the entirety of the Powder Mage universe, and since then, I have wondered what kind of series and world will McClellan create next. When I saw the cover art to In the Shadow of Lightning being revealed, the illustration done by Dan Burgess, my interest in it was sparked immediately. Plus, Brandon Sanderson, Fonda Lee, and James Islington (all three are some of my favorite authors) gave their praises for this book made me even more excited to read this. Sanderson even said this is McClellan’s best work to date! Unfortunately, I have to disagree with him. The book didn’t click as much as I expected it would. END_OF_DOCUMENT_TOKEN_TO_BE_REPLACED