From the beginning, we know things have gone horribly wrong for our narrator, who has been apartment sitting in the most illustrious residence in New York City. The Bartholomew is insanely famous, having been the home of countless celebrities over the decades. When recently unemployed Jules stumbles across an opportunity to live in the glamorous building while she gets back on her feet, and actually get paid a thousand dollars a week to do so, it’s too good a chance to pass up. But the Bartholomew isn’t what it seems, and the learning the truth behind the famous gargoyled facade could prove dangerous. Or even fatal. END_OF_DOCUMENT_TOKEN_TO_BE_REPLACED

Steffi Finn was in love with her man. So when he told her that the police were trying to fit him up for something he hadn’t done, she lied for him. Said he was with her all night. Because that’s what you do, right? You protect the ones you care about. Most of all, you believe them. In cases like this, you have to believe them. Otherwise those questions about missing women mean there’s something a whole lot worse going on than you just making a mistake….

And boy was she ever wrong, with a prison sentence to prove it.

But someone thinks she doesn’t deserve it.
They’re going to show her what it really means to be sorry.

END_OF_DOCUMENT_TOKEN_TO_BE_REPLACED

The Secret Commonwealth by Philip Pullman
My rating: 4.5 of 5 stars

Pullman has created something so special with Lyra’s world and the mythos of other worlds he set up in the original His Dark Materials trilogy. La Belle Sauvage, the first installment of this spin-off trilogy, took us back to Lyra’s beginning, giving up the wild story of her infancy and the two children who rescued her. This second installment fast forwards to years after the events of the original trilogy, when Lyra is grown, having just tipped over the cusp of adulthood. The final events of that first trilogy haunt her still, but she is convincing herself more and more that those events aren’t quite true. As she falls into the trap of rationality Pantalaimon, her dæmon, rebels against her loss of imagination. From there, the plot goes wild. END_OF_DOCUMENT_TOKEN_TO_BE_REPLACED

The story is centred around a revenge plot. Giulia Degarno, our main protagonist, was a female thief who has been severely scarred and left for dead 6 years ago on the orders of a master criminal, Publius Severra. Giulia returns to Pagalia after spending years honing her skills to bring her plans of assassinating Severra to fruition. However, during the course of those long years, Severra has also built significant political strength and is no longer a mere criminal.  Strong enough to be in position as one of the three contenders to seize the throne of Pagalia, with the very ill incumbent Prince expected to die pretty soon.  With his stronghold over many of the guilds in the city and living in a house that rivals a fortress, how would Giulia ever get close enough to assassinate Severra?
END_OF_DOCUMENT_TOKEN_TO_BE_REPLACED

Misery by Stephen King
My rating: 4 of 5 stars

October is all about the spooky for me, and King is my preferred supplier. I’ve read roughly a third of his body of work and, while I’ve enjoyed all of them for the most part, most of them have been suitably creepy without actually scaring me. Exceptions to this have been Revival and IT the first time I tried to read it. I can now add Misery to that list. This book legitimately gave me nightmares while I was reading, because, though not probable, every event in the book is actually possible. END_OF_DOCUMENT_TOKEN_TO_BE_REPLACED

It’s quite surreal to think that Jenn Lyons released her debut, The Ruin of Kings, at the beginning of this year and a week from now its sequel, The Name of All Things, will be published to the world as well. Some of you may be familiar with The Ruin of Kings; it was Tor’s biggest and most advertised debut of the year. If you’ve read my review on The Ruin of Kings, you would know that I’ve had my share of mixed feelings with Lyons’s debut. It wasn’t that it was a bad book per se, but more like it could’ve been an even more incredible debut if it wasn’t due to the storytelling style that in my opinion felt too unnecessarily convoluted; whether you loved it or not though, I don’t think there’s any doubt that The Ruin of Kings was a super memorable debut with a unique narrative style. I can assure you that The Name of All Things is a great sequel that retains the series’ unique storytelling style but it was told in a much less convoluted manner which ends up elevating the book to triumph over its predecessor. END_OF_DOCUMENT_TOKEN_TO_BE_REPLACED

Ninth House by Leigh Bardugo
My rating: 4.5 of 5 stars

First off, can I just say that Bardugo hit it out of the park with her first adult novel?

I have a weakness for school stories. And if the school happens to be magical in some way, so much the better. But very rarely have I come across a book that involves a school imbued with magic where only a select few students are aware of the supernatural element. I’ve read books were there were secretly vampires or werewolves on campus, not not sanctioned magical societies that had to fly under the collegiate radar. The fact that said magical society were on the campus of a real university, Yale, made things even more interesting. These slight variations made for a fresh take on a favorite trope.
END_OF_DOCUMENT_TOKEN_TO_BE_REPLACED

Series: The Stormlight Archive (Book 3 of 10)

That Storming genius has outdone himself. Again!

Words of Radiance was easily the best book I’ve ever read, which naturally resulted in some pretty high expectations going into Oathbringer. As much as I’ve tried to dampen it after waiting for over 3.5 years, I just had to accept that it was futile.

Who am I kidding? Sanderson has completely smashed all my expectations by offering yet another best book I’ve ever read.

Is Oathbringer a masterpiece? I certainly think so. Is it a fantasy classic that will stand the test of time and be remembered in the same vein as Lord of the Rings? That might stretch it a bit too far, but only time will tell. I wouldn’t also call it flawless, as it is not. As far as I am concerned, however, it is a singularly brilliant creation which is both epic in its scope and intimate in its soul.
END_OF_DOCUMENT_TOKEN_TO_BE_REPLACED 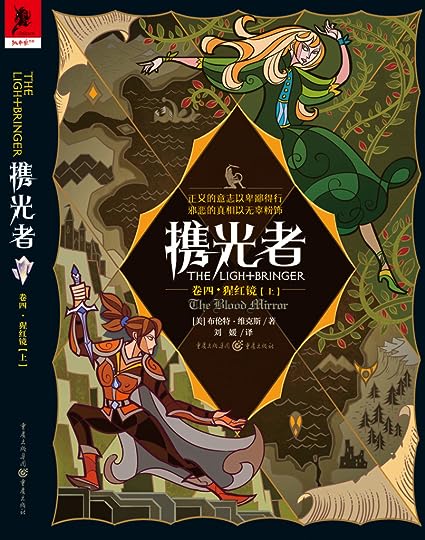