Shadows of Self by Brandon Sanderson

“Spectacles. They were kind of like a hat for smart people.”

As a sequel, Shadows of Self improved A LOT upon the foundations laid down in Alloy of Law. Whether in terms of characters, world-building, prose, and plotting, everything here felt comparatively enhanced to fully entertain you from the beginning to the end of the book. I should mention this, though, I would probably give Shadows of Self a 4 stars rating or even lower if I haven’t read the original Mistborn trilogy first prior to reading Shadows of Self. Alloy of Law did give plenty of nods and Easter Eggs to the first trilogy, and this is extensively done in Shadows of Self. There were a HUGE amount of information and elements that originated from the aftermath of the first Mistborn trilogy. If you haven’t read the first Mistborn trilogy, I think these Easter Eggs and connections to the larger Cosmere universe would be lost on you. And believe me, you will want to get the most out of them. Not only they’re crucial if you want to absorb every information in Cosmere, but they’re also responsible for giving more impact to the narrative in Shadows of Self.

Picture: Shadow of Self by Alex Allen 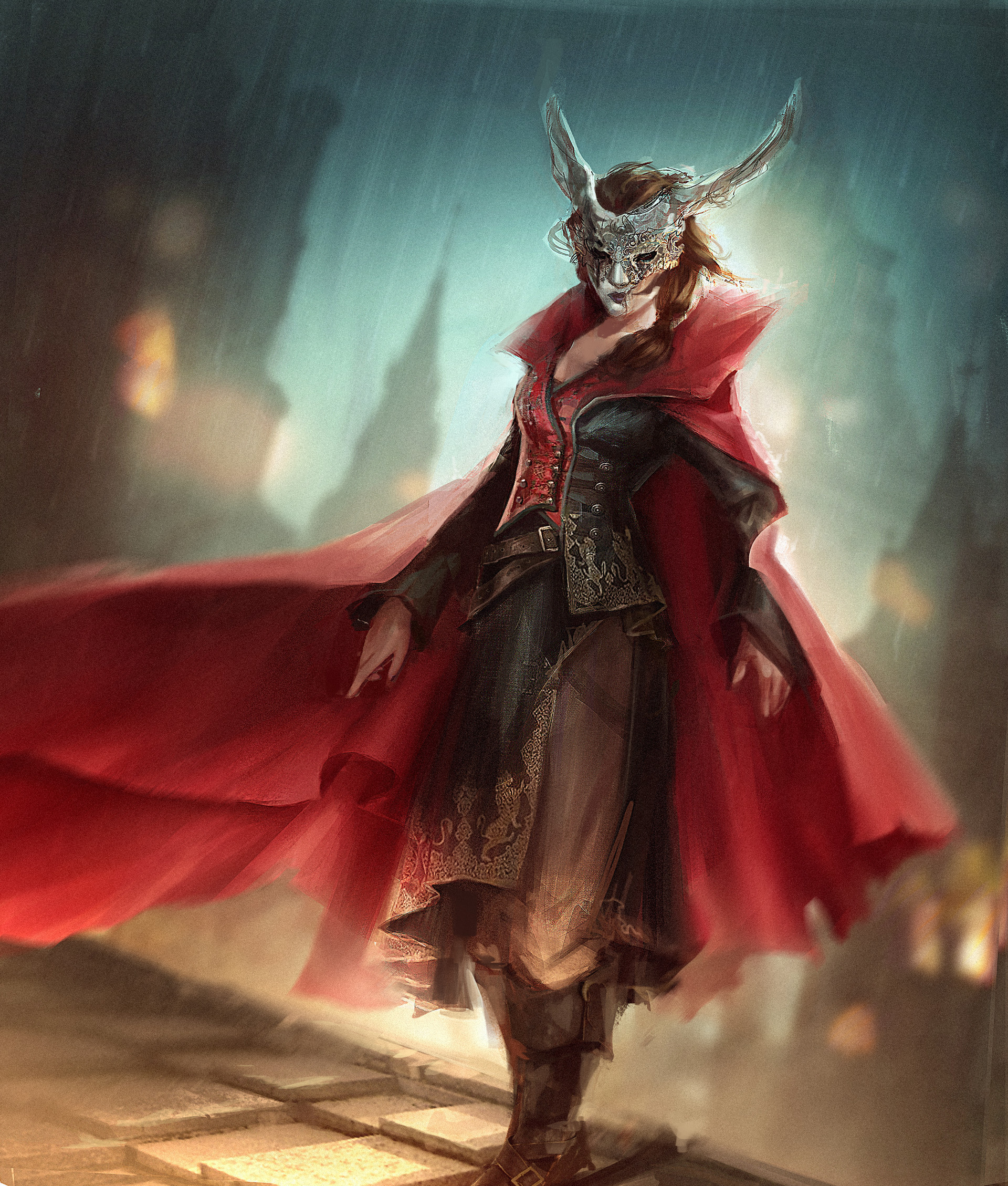 I am a huge fan of Brandon Sanderson and the Cosmere. And I am also a sucker for nostalgia factors. It is one of the main reasons I strongly recommend reading a series or saga in publication order. Even when authors say we can start our first journey into a series they created from the new sequel series without any required reading, my experience says it is ALWAYS better to read a respective saga in publication order. If you’re like me and you agree with what I just said, I think you’ll definitely love Shadows of Self if you’ve read and loved the first Mistborn trilogy. It is always tricky and dangerous to write a sequel series that is so connected to its predecessor; some sequel series ruined themselves by milking them dry way too much. This is not the case with Mistborn Saga. After the first Mistborn trilogy and the first two books in Mistborn: Wax and Wayne, I personally think Sanderson has implemented enough distinction to make Mistborn: Wax and Wayne different from its predecessors, but he also made sure that Alloy of Law and Shadows of Self are indeed still a part of the entire Mistborn Saga.

“The law is not something holy, son. It’s just a reflection of the ideals of those lucky enough to be in charge.”

Similar to The Well of Ascension from the first trilogy, there is a strong mystery-thriller element in Shadows of Self. Except in the case of Shadows of Self, the novel takes place in a steampunk-western fantasy setting instead of medieval fantasy. Now imagine this: a fusion of Sherlock Holmes and Mistborn, written by Brandon Sanderson. That is the vibe and narrative you’re getting in Shadows of Self. You can probably already guess how great it is. The harmonious balance in plotting, pacing, and characterizations was wonderfully done. I felt that Shadows of Self was very page-turning, and the themes of justice, expectations, laws, legacies, and faith were once again delivered efficiently and effectively.

“This coin is worth more than the others because people think it is. They expect it to be. The most important things in the world are worth only what people will pay for them. If you can raise someone’s expectation … if you can make them need something … that is the source of wealth. Owning things of value is secondary to creating things of value where none once existed.”

Lovable characters and believable character development are one of the greatest strengths of the first Mistborn trilogy, and I’m pleased to see its return in Shadows of Self. The duo of Wax and Wayne, Marasi, and Steris are all back in full-throttle. As I mentioned in my review of Alloy of Law, on my first read, I did not find myself in love with Steris in Alloy of Law. But the deeper exploration of the character’s psyche, motivations, background, and personality in Shadows of Self, on top of their fun banter and interactions, made me invested in the main characters of Mistborn: Wax and Wayne even more. And this include Steris. Maybe even more than the other characters for Steris.

“No, freedom was not lack of responsibilities—it was being able to do what was right, without having to worry if it was also wrong.”

For its intended accessible and vivid reading experience, Sanderson’s prose was once again excellent. As usual, his prose is one of the reasons why I always praise Sanderson’s writing. Haters often say his writing isn’t good enough, and I get that everyone has different reading tastes and experiences, but the constant shouts of negativities sometimes feel as if they’re begging for their opinion to be heard and validated. It’s almost as if they’re not happy many readers are loving and praising Sanderson’s books highly. From my perspective, every word Sanderson puts in all of his books additionally draws me toward the world. I always feel I’m inside the story experiencing everything vividly from the character’s point of view. Lastly, because of spoiler reasons, I can’t mention the details on why the intricate world-building was incredibly executed, but let’s just say this. If you’re a fan of the first trilogy, you undoubtedly will love the Easter Eggs to the first trilogy. Guaranteed. Because I love the first trilogy very much, some characters and scenes in Shadows of Self made me more emotional and satisfied than I expected.

“She had a way of pouring everything of herself into what she did. When she fought, she was the blade. When she loved, she was the kiss. In that regard, she was far more … human than any I have known.”

Overall, Shadows of Self was another superb installment in the Mistborn Saga. It was thrilling, fun, entertaining, and also emotional. I can’t stress this highly enough. If you’re a fan of the first Mistborn trilogy and want to know what’s in store for the world of Scadrial, pick this series up. At the very least, please give this second era a try until Shadows of Self before deciding to completely drop it. To make things even better, if you’re caught up with all the Cosmere books, your experience reading the second era of Mistborn Saga will be different and improved compared to your first time. That is how it went for me, and I look forward to reading The Bands of Mourning again.

Picture: Shadows of Self by Marc Simonetti