Servant of the Empire by Raymond E. Feist & Janny Wurts

Servant of the Empire is an incredible, political, and massive sequel to the excellent Daughter of the Empire.

“You people never cry enough… Uncried tears remain inside you, like poison.”

If you watched my recent video on my booktube channel, then you should know that I’ve been hospitalized for the past two weeks. During that torturous time, three books kept my sanity intact; Servant of the Empire was one of them. I’ve mentioned how much I loved Daughter of the Empire; I approached this sequel with much excitement and also a touch of caution because I didn’t want to disappoint myself from having too high expectations. So is it better than Daughter of the Empire? I’ll say that it’s just as good. Servant of the Empire in comparison to its predecessor is a much bigger novel; it’s almost 900 pages long, and although—understandably—some readers think it’s too long for its own good, I personally was thoroughly impressed.

“The most brilliant moves within the Game of Council were those that came without warning. The tranquil passage of days only made her skin creep, as if assassins lurked in hiding at her back.”

The story in Servant of the Empire continues more or less a year after the events of the previous novel. Once again, we follow the story of Mara Acoma as she continues her fight with the Minwanabi clan. I don’t think it’s a spoiler to say that Mara, at this point, isn’t a newbie at this brutal Game of Council anymore; she’s an expert at it now. This, however, doesn’t mean that her path towards victory will be easily achieved? Somehow, it’s the other way around. Due to several circumstances and oppositions, Mara’s journey in this novel was relentlessly full of hardship. It’s true that the themes still mainly revolve around honor, freedom, loyalty, love, and faith, but there is one significant plus believable change done to these.

“Love by itself is the healer, not honour, not need, not duty.”

In the first novel, we’ve seen the insane capability of these characters to uphold their honor and words. But in this novel, the authors decided to make things more interesting by having the characters truly observe the extreme culture and traditions they cultivated for so many years. What if, after all these times, the tradition they believed in was subconsciously used to mask greed and ambition? What if honor was a justification for hatred and violence? These are intriguing and incredibly relatable to many situations in our life, and I loved reading about them.

“Those who cling to tradition blindly, or out of fear of change, are fools.”

I’ve seen reviews saying that there’s a love triangle in this novel, and I have to disagree with them. Mara is one of my favorite heroines in the fantasy genre, and after reading this novel, my admiration for her character just grew further. First, although romance is a part of this novel, not a lot of pages were spent on Mara deciding who she needs to pick, but more importantly, the dilemma that Mara encountered is not as simple as saying that she’s in a love triangle conflict. It was so obvious who Mara would pick if she didn’t have any responsibilities whatsoever, and I think the authors did an excellent job in using her relationship with Kevin to build her character magnificently; it gives more depth, complexity, and personality to Mara.

“You always warned me that love was a tangle. I never understood until now just how much of one, and how many were the thorns.”

In addition to Kevin, obviously, there were a lot of other supporting characters that improved Mara’s characterizations, but these supporting characters shine in their own way. I absolutely loved every scene with Arakasi, Keyoke, and Nacoya. The respective relationship that Mara has with these characters felt so genuine, and the characterizations for them all were excellent; their interactions with each other were compelling that I became so attached to them all. The prose of the authors were accessible, and they flow so well. Plus, there were a myriad of powerful passages that I wish I can share with you all, but they’re filled with spoilers.

Picture: Servant of the Empire French Edition by Miguel Coimbra 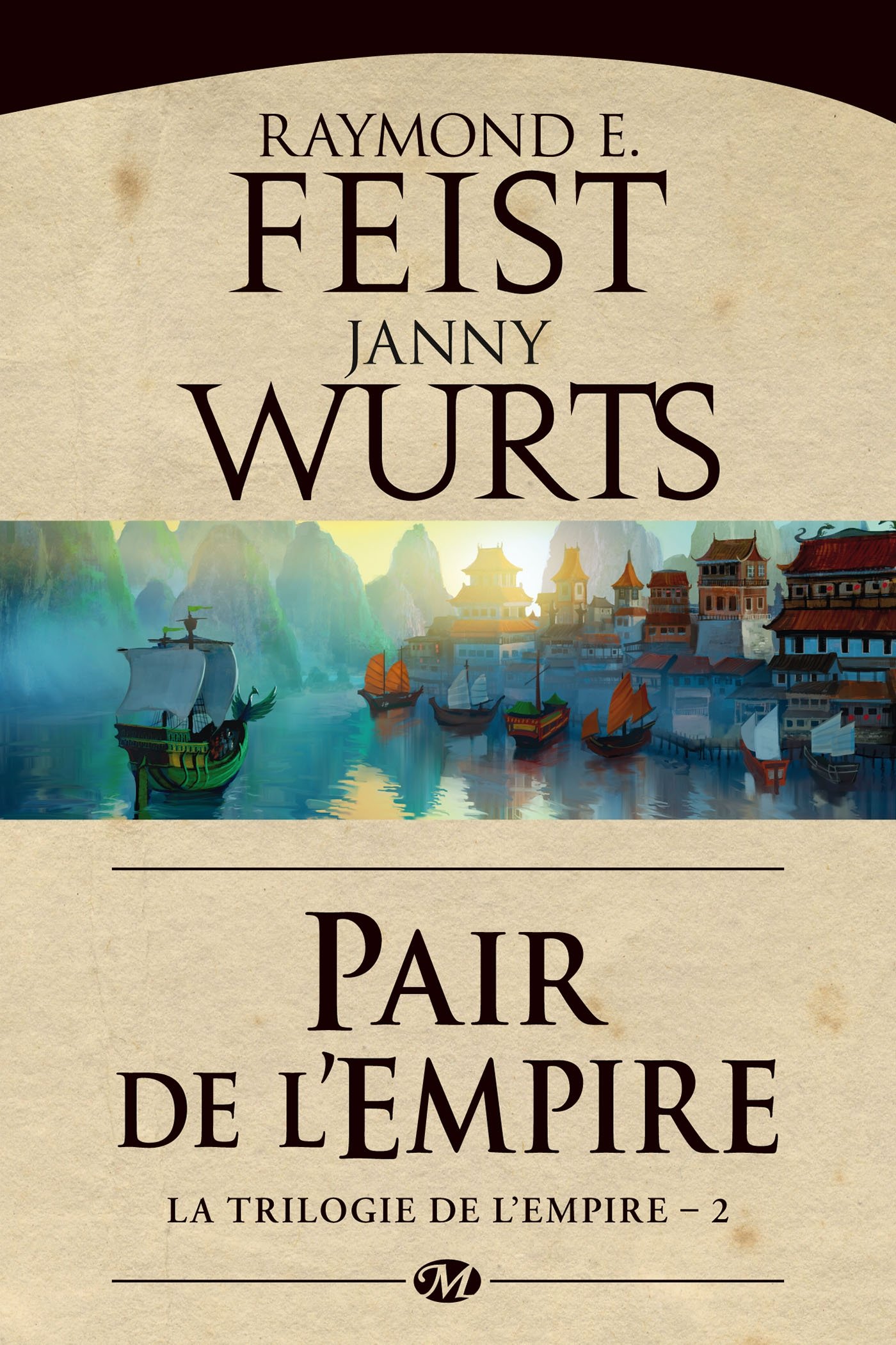 “Battles did not always go as intended; the brilliant man, the master tactician, was the one who could turn setbacks to advantage.”

Similar to Daughter of the Empire, Servant of the Empire is imbued with many bloody political conflicts, but this sequel featured a few battle-heavy chapters that pleasantly surprised me. The authors showed a great handle on how to develop tension and explode them, not only through clash of swords but also through competition of tactics and espionage. Intensity and atmosphere felt palpable, and it helps a lot that the villain introduced in this book—Tasaio—was so diabolical and terrifying. One last thing, if you’ve read The Magician, then you’ll know who Milamber is. Although I don’t think it’s necessary to have read The Magician to enjoy this one, it would still be beneficial because seeing Milamber’s iconic actions in The Magician replayed through the perspective of other characters that witnessed his power made the scene felt even more powerful.

Servant of the Empire is a superb pulse-pounding political and emotional installment that retains all the greatness of its predecessor. I still can’t believe that it took me this long to get to this trilogy; I know I still have one book left in the trilogy to read, but this has already become one of my favorite trilogies. I will be reading the final book, Mistress of the Empire, next month. I’m curious how the trilogy will end because the ending of this novel was pretty conclusive already; if the authors wanted to, they could’ve ended the series right here and I would’ve been satisfied. Lastly, as I mentioned at the beginning of this review, this was one of the novels that helped keep my sanity intact during the worst two weeks of my life. I want to say thank you so much to Raymond E. Feist & Janny Wurts for writing this trilogy. Your art is fully appreciated.

“The common folk are never caught up in the affairs of the powerful – unless they have the misfortune to find themselves in the way. Then they die. Otherwise, their lives go on, each day of work like the next.”