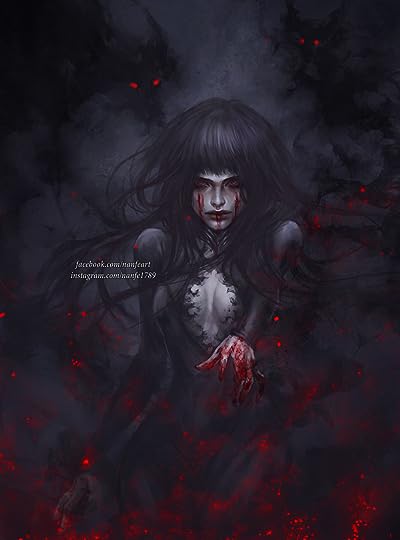 It’s true that it took me a while to warm up to the characters introduced in this installment, but in the second half of the book, I ended up caring about their fates and lives more than I expected due to the interactions that Mia had with them in the first half. In my opinion, the characters’ banter in Godsgrave were better than Nevernight; Mister Kindly and Eclipse non-stop bickering was simply so damn fun. I’ve said this before, but Mia Corvere is a great heroine to read; this middle book of a trilogy develop her character even more. Kristoff never stops putting Mia in a difficult situation where she had to choose between saving her friends or putting her revenge as the single main priority. Genuine feelings were displayed as she tries her best to conquer the internal conflicts warring with her. By this point, it’s safe to say that she’s a very well-realized character; I may not agree with some of her decisions—I personally think Mia’s choice of romance doesn’t deserve her love after the events that occurred in the first book—but it felt believable and true to her personality, that’s what matters most.

“Problem with being a librarian is there’s some lessons you just can’t learn from books.”

On Twitter and Instagram, I’ve seen videos of people throwing their copies of Godsgrave across the room or outside their window after they finished the book; this is a truly understandable response. Godsgrave concluded in a fashion that demands readers to have the next installment ready because it ended on a massive cliffhanger; those who waited two years of waiting for Darkdawn to be released after such a brutal cliffhanger of intensity must’ve experienced a torturous period of time. The final pages in Godsgrave were simply remarkable. Seriously, every chapter in the last quarter seems to escalate the problems and stakes for Mia and her friends further and further. The drama and the cinematic set pieces within the salvos of revelations and bloodbath were constantly gripping and thrilling; showing Kristoff’s skill as a storyteller magnificently.

“She’d grown up inside books. No matter how dark life became, shutting out the hurt was as easy as opening a cover. A child of murdered parents and a failed rebellion, she’d still walked in the boots of scholars and warriors, queens and conquerors.

The heavens grant us only one life, but through books, we live a thousand.”

The insanely high average ratings on Goodreads speaks for the quality of the book. Godsgrave takes its time for the plot to get going in order to make sure that the second-half gives an exhilarating reading experience. There weren’t many revelations regarding Darkin and Mia’s ability; the unnamed narrator has mentioned that the final pieces of the puzzle will be revealed in Darkdawn, and I consider myself fortunate that I only have to wait for a few days before I can read it.