The Way of Kings by Brandon Sanderson

Series: The Stormlight Archive (Book 1 of 10)

The Stormlight Archive is Brandon Sanderson’s “love letter to the epic fantasy genre”. His magnum opus. From my perspective, he had lovingly and painstakingly crafted a masterpiece that was not just his greatest but one of the greatest of all time.  And thus, this is my love letter to The Stormlight Archive and I hope it can do some justice to this favourite series of mine.

There are many great fantasy books out there; some have a compelling story to tell supplemented with great characters; some have awesome magic and epic battle scenes, and some come with an interesting world that was richly imagined and detailed.  The Way of Kings is a huge opening act to The Stormlight Archive which took every single one of these elements of a good fantasy story and elevated the art of storytelling to a different league. You might think that “Yeah, you say that because you’re a Sanderson addict”. Then let me say that I’ve read The Way of Kings before I became addicted to his books. Or to phrase it the other way, I became an addict because of it.

I was daunted, to say the least when approaching this massive tome.  After completing Mistborn and loving it, I wanted to read more of Sanderson’s books and my research led me to this book. I dived right into it, unaware that my reading life was going to be changed irrevocably.

Life before death. Strength before weakness. Journey before destination.

The change happened gradually and slowly; in the same manner that the story of Kaladin Stormblessed and Bridge Four unravelled before my eyes and completely stole my heart. This is a story of the indefatigable human spirit. It is an empathetic tale of courage, compassion, loyalty and honour, and one which thoroughly epitomises the First Ideal.

In The Stormlight Archive, each book contains flashback chapters for a particular key character and The Way of Kings could be said to be Kaladin’s. I’ve never used to appreciate slow character-driven books before and would get impatient for things to happen. As such, I was surprised at how much I was captivated by this almost plodding and deeply introspective tale, both past and present, of a promising young soldier with depression who was brought down to the lowest point of his life and made a slave. Instead of completely giving in to despondency, Kaladin aimed to become an inspiration to those around him, these dregs of society and of the army, to rise above themselves. His POV was not the most pleasant to read sometimes given his state of mind but also it also contains some of the most memorable scenes in the book. Coupled with the strength of development of his arc, this made him one of my favourite characters of all time.

“It might give them hope. They might see it as a miracle.”
“Do you want to be a miracle?”
“No,” Kaladin whispered. “But for them, I will be”

I swear that I get goosebumps every single time I read that.

In stark contrast, we also have the story of a highprince with an established legendary repute. One who was, however, now ridden with guilt from an earlier perceived failure and beleaguered with doubt that he might be going mad from strange visions that beset him at every highstorm. Both which fuelled his desire to understand the in-world book named The Way of Kings. The story of Dalinar Kholin is one of duty and unity and, once more, of honour.

“We follow the codes not because they bring gain, but because we loathe the people we would otherwise become.”

“Death is the end of all men! What is the measure of him once he is gone? The wealth he accumulated and left for his heirs to squabble over? The glory he obtained, only to be passed on to those who slew him? The lofty positions he held through happenstance? No. We fight here because we understand. The end is the same. It is the path that separates men. When we taste that end, we will do so with our heads held high, eyes to the sun.” 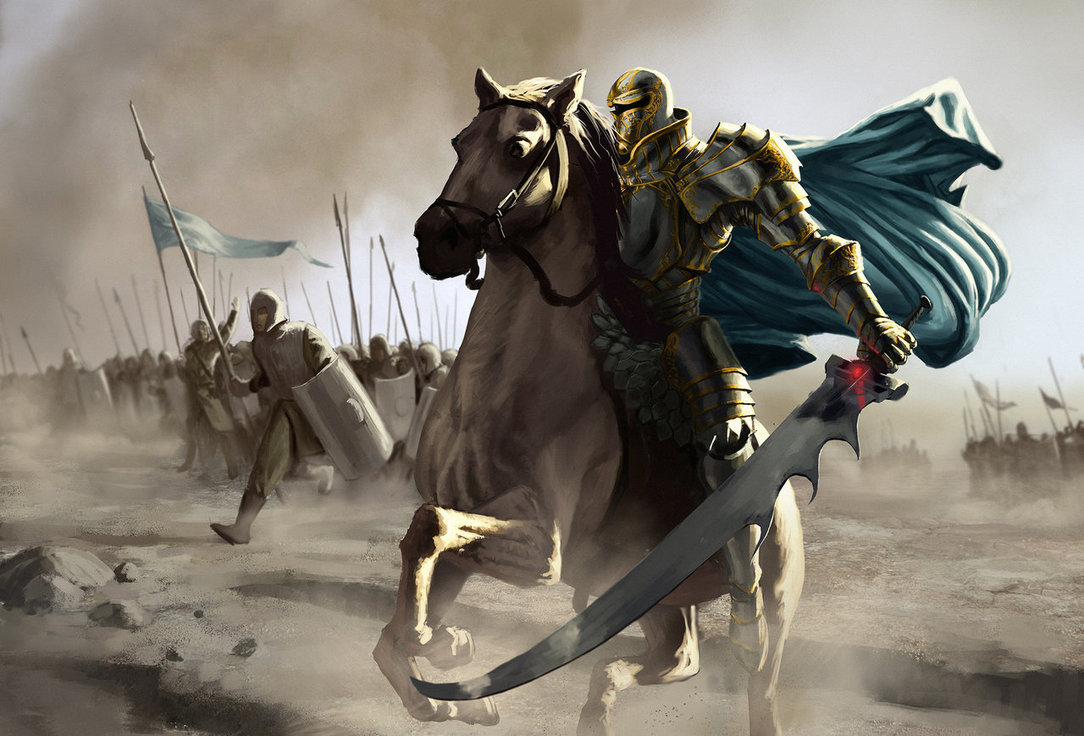 It is not by coincidence that both Kaladin’s and Dalinar’s trials and tribulations, as seemingly different as it were, shared a common theme of honour. This, in essence, forms the larger story in the background which has much to do with the history and mythos of Roshar and what might have happened thousands of years ago; knowledge which is now lost or obscured. The hallmark of Sanderson’s brilliance truly lies in his ability to craft great stories that are invariably and thematically appropriate to the world/solar system in which it takes place within the Cosmere.

Before I touch upon the third arc told from the perspective of a female character, I’d like to draw some attention to the worldbuilding. Roshar is one of the most unique fantasy worlds I’ve come across. Alien but not in a bizarre fashion, Sanderson literally built the world from the ground up, right down to its flora and fauna which evolved to adapt to the highstorms that regularly sweep its destructive forces through this vast continent. There is also this unorthodox societal and cultural structure that demarcated status by eye colour, and occupation (and food!) by gender.  In this respect, Sanderson was highlighting how discrimination or norms can manifest in a particular culture, which may come across as ridiculous or unacceptable by others.

We have huge magical swords, which as far as I am concerned, have dethroned all others in the fantasy and sci-fi genre. These Shardblades, together with its defensive magical counterpart, the Shardplate, constitute the most desirable objects of power among all the kingdoms in this world. There are gemstones infused by Stormlight from the highstorms, which are used as currency, as lighting and to power fabrials and the Shards. With all these and more, Sanderson has created a world that is at once enthralling and remarkable.

The third main POV character is Shallan Davar, a female lighteyes who possesses a photographic memory and the gift of rendering that memory into resplendently close-to-life drawings. With her scholarly disposition towards natural history, Shallan collected sketches complete with annotations of her observations and some of these were beautifully illustrated in the book.  These illustrations made the book possibly one of the most beautiful fantasy volumes I’ve ever laid my hands on and effectively bringing this strange world to life to the reader. This is worldbuilding elevated to an art form.

A young lady in pursuit of gaining a position of the ward to the most renowned scholar in Roshar, Shallan had a hidden agenda, and her arc seemed disconnected from the one taking place on the Shattered Plains where the other two main characters were. Nonetheless, it was still a compelling one and provided the much-needed exposition on the bigger underlying story of an impending world-at-large peril without info-dumping.

The magic system was not as thoroughly explained nor described in the same way as Allomancy and Feruchemy in Mistborn. The reason is that as much as the Knights Radiant now represented a mystery, the knowledge of Surgebinding was equally unknown or lost through the ages. An initial glimpse of the magic system at work was shown in the Prologue, courtesy of a fascinating yet tormented assassin, and we only get to progressively learn about it through the experiences of the main characters.

For a book this size, The Way of Kings was quite a breeze to read and finish. The narrative flowed well with uncomplicated prose that does not distract the reader from being fully immersed into the story and worldbuilding. While the pacing was slow with such substantive character development, the switching between POVs was so deftly handled that the pages just kept turning – right until you reach the end of over a thousand pages and desperately wish for another thousand more. And speaking of the end, the last ten percent of this book will leave you breathless; from the sheer heroism and valour on display, the cinematic visuals painted in your mind’s eye of the battle sequence, and the emotional impact and revelations that you just did not see coming.

If you have not read this book either because of its intimidating size or that it is part of an unfinished ten-book long series, allow me to attempt appeasing your doubts by saying that each published book has so far wrapped up its story well enough that readers are not left hanging. With this, one can treat each volume as a trilogy in itself and savour it like as such. Another point to note is that Sanderson intended the ten books to be written over two different arcs of five books each, with each set being separated by a significant time period. If you are still not convinced to start reading this series, I can only say that you will be missing out on one of the very best the genre has to offer.

As of the date of this review, I have read this book three times. Till now I have yet to exhaust the discovery or appreciation of all the details, hints and foreshadowing that Sanderson had masterfully woven into this impressive accomplishment of modern epic fantasy.

The purpose of a storyteller is not to tell you how to think, but to give you questions to think upon.

Questions that I and all fans of this series definitely have aplenty. The Stormlight Archive has raised the bar to stratospheric levels and I feel extremely privileged to be part of this journey.

10 thoughts on “Book Review: The Way of Kings (The Stormlight Archive, #1)”