Before They Are Hanged by Joe Abercrombie

Before They Are Hanged succeeds over The Blade Itself wonderfully.

“We should forgive our enemies, but not before they are hanged.”—Heinrich Heine

I’ve mentioned in my review of The Blade Itself that although I highly enjoyed it, Abercrombie’s debut felt like more like a setup book; a necessary installment for the remaining two books in the trilogy to shine. Before They Are Hanged is where Abercrombie starts progressing the storyline and the third book is where he wraps things up explosively. On this reread, I’ve come to realize that The First Law trilogy can be defined as one gigantic volume divided into three; the conclusion of the first two books in the trilogy continues immediately in their respective sequel as if it’s a simple chapter change and there were no definite conclusive storylines until the end of Last Argument of Kings. This storytelling style makes binge-reading the trilogy such a great experience, and I love this book more than The Blade Itself.

Picture: Before They are Hanged by Alexander Preuss 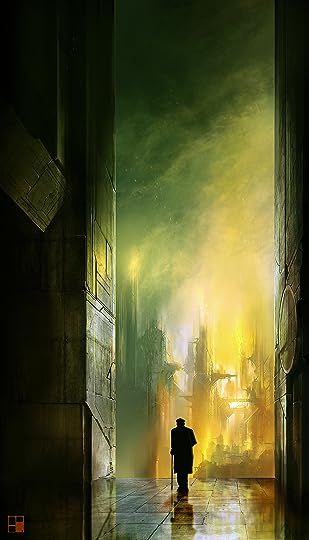 Before They Are Hanged starts from where The Blade Itself left off. The narrative was told from six POV characters and the majority of the plot takes place in three different areas in the Circle of the World: the west, the north, and the south. The slow setup in The Blade Itself pays off magnificently here. Abercrombie once again tells a character-driven story that never loses each character’s distinctive voice and personality. Every perspective was immensely enjoyable to read. Although I can easily vouch that both Logen and Glokta are included in my favorite grimdark fantasy characters list, choosing which perspective I loved reading the most in this installment is an entirely different matter; the pacing and the progression of every storyline were utterly engaging. Before They Are Hanged was full of unpredictable twists and turns that kept me at the edge of my seat repeatedly. Loyalty, greed, unlikely friendship, money, responsibilities, and war were embedded tremendously into the narrative; I loved reading every single scene and discussion in this book that involved these themes.

“Those with the least always lose the most in war.”

The characterizations were, once again, my favorite part of the book. Abercrombie successfully used the foundation he established in the first book and developed his characters accordingly; revealing their backgrounds and making them more empathizing. Seeing these characters—both old and new—try their best in the direst of circumstances were intense, at times hilarious, and delightful. Logen, for example, is an extraordinarily powerful warrior but he’s also tired from encountering war and death in his path. Before They Are Hanged showed Logen doing his best to be good and kind; witnessing this supposedly savage barbarian do his utmost best in building friendships with the new people in his mission made me smile. However, the happiest surprise in this book to me was realizing how much I grew to care about Jezal and the side characters of the series. Practically all characters in this trilogy suffered, a LOT. Abercrombie isn’t afraid to maim or put his characters through intense suffering. Rest assured that none of the character’s pain was put there just for the sake of gore. One of the best striking example in how Abercrombie displayed his skill on this particular subject is by showing the deadly capability of hard life and war in changing people; for better or worse. The immense difficulties that the characters faced in their respective mission brought spectacular character developments to each one of them with splendid precision.

“Anyone can face ease and success with confidence. It is the way we face trouble and misfortune that defines us.”

Say one thing for Abercrombie, say he knows how to repeat catchphrases at the right time to enhance memorable moments. Logen’s catchphrases like “Still Alive” and “You can’t have too many knives” or Glokta’s “Why do I do this?” may seem simple but they’re truly some of the most memorable phrases that made this series more unique and distinctive from other grimdark fantasy series. Plus, there’s Glokta. I immensely enjoyed reading Glokta’s perspective in Before They Are Hanged. He’s such a joy to read; the complexity of his character, the contrast between his spoken words and internal thoughts were hilarious, and I found myself always looking forward to his next chapter. The quantity and quality of the action scenes—both skirmishes and larger-scale battles—have also improved.

Picture: The Road to Victory by Alexander Preuss 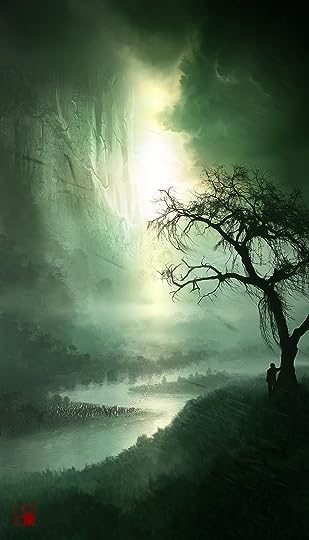 The first book only showed glimpses of the world-building and lore of the series. This installment revealed some of the histories of the Circle of the World, mainly regarding The First Law, Juvens, Gulstrod, and Kanedias that explained and influenced Bayaz’s motivation in the series. The world-building was immersive and detailed but never went into world-building overkill level as some authors did. Jealousy, corruption, and revenge drove the histories of the world; despite the passage of time and the changes that come with it, it’s intriguing how things, somehow, haven’t changed at all. I believe that this is something that can be easily applied to our real-life history and current situation.

“One should learn the lessons of history. The mistakes of the past need only be made once. Unless there are no other choices.”

There’s no infamous middle-book syndrome here, Before They Are Hanged is an amazing sequel full of unpredictable plot progressions and incredibly well-realized character developments. I’m going to admit that some of the powerful pulse-pounding moments in the book during my first read was missing on my reread because I already know what will happen, but it doesn’t diminish my enjoyment of the book. Being back with these morally grey characters feels like a reunion with twisted friends, and I’m glad for it. Onwards to the next book, Last Argument of Kings, which, in my opinion, is the best book Abercrombie has ever written so far; it’s also one of my favorite grimdark novels at the moment.

One thought on “Book Review: Before They Are Hanged (The First Law, #2) by Joe Abercrombie”