A bloodydamn spellbinding return to my number one favorite sci-fi series of all time.

There haven’t been any changes to my list of favorite authors of all time for a year now. I’m gratified to say that after reading his Red Rising trilogy and Iron Gold, Pierce Brown deserves to be included in the list. 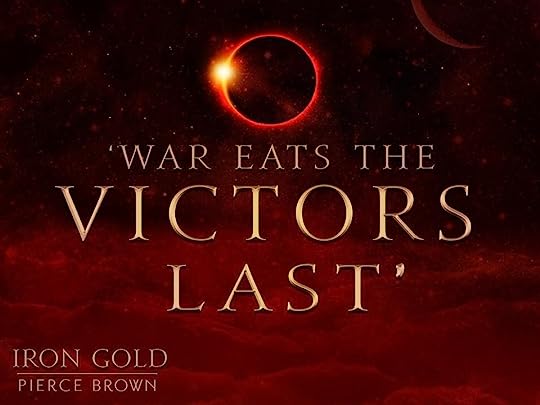 For those of you who don’t know, Iron Gold is the continuation of the highly acclaimed Red Rising trilogy, which has now become a saga; making this book the fourth installment in the Red Rising Saga. The story takes place ten years after the end of Morning Star and to tell you what the book is about—spoiler-free, of course—there’s really no better way than to let Pierce Brown himself explain it:

“Iron Gold is about the struggle to preserve liberty in a bleak landscape, where heroes of the past look suspiciously like villains and the inspiring dream of liberty has been hijacked by politicians, dirtied by social strife, and muddled by interest groups and competing factions.

How in such a world can good prevail? On the back of one man? Certainly not. It takes a village—a host of disparate people who, despite their conflicting views and disparate pasts, must band together to find their own purpose, to replenish the dream of liberty with their own sacrifices and come together for the common good…”

There you have it. And as for my thoughts and review, here it goes.

I found the plot of Iron Gold to be superbly compelling; it was extremely hard to put down, and the pacing was executed masterfully. Most of the chapters in this book tended to end on a cliffhanger, and there wasn’t any moment where I was bored, not even for one bloodydamn page. The main reason for this is the transition to a multi-POV narration. Don’t get me wrong, I absolutely loved the first trilogy; told solely through Darrow’s perspective, the first-person narration in the first trilogy was utterly magnificent and immersive. However, if Pierce really intends to continue this series with another trilogy, I honestly don’t think another single character POV would be a good idea; it might end up becoming tedious, to say the least. Hence, this is why the shift in narration to a four-character multi-POV was a brilliant move. 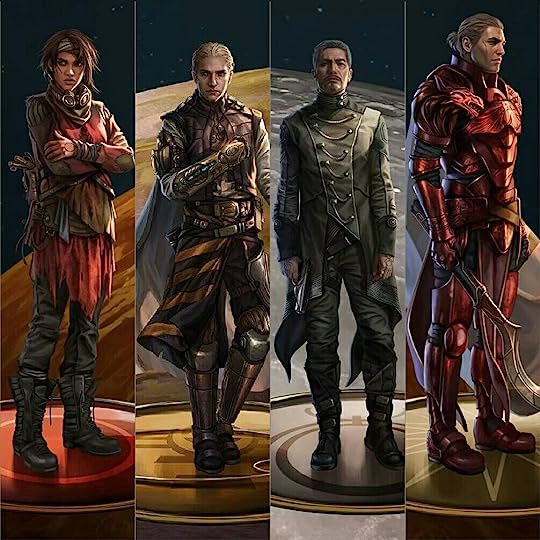 Seeing the plot unfolding from several characters’ perspectives with different backgrounds and personalities instead of one provided the series with a new level of depth and complexity, especially regarding the characters and scope of the series. I immensely enjoyed the grand and majestic story told here. Pierce Brown really knows how to create a dramatic, dynamic, and cinematic reading experience in his books; every character’s POV was engaging and addictive in their own way. Iron Gold is the biggest installment in the series so far, but it still felt too short for me; I finished it within three days. Each word kept me turning the pages late into the night, and Brown also managed to connect the few loose ends from Morning Star seamlessly. It’s a book about liberty, penance, politics, love, and many more aspects that contains a heavy resemblance to our society. This is actually one of many reasons why I love Red Rising Saga; even though this is a sci-fi series and the majority of the time the story doesn’t even take place on Earth, the themes still felt incredibly scary and relatable. It was almost prophetic how the mayhem in this book and series can be correlated to our world and civilizations.

“I know it may be impossible to believe now, when everything is dark and broken, but you will survive this pain, little one. Pain is a memory. You will live and you will struggle and you will find joy. And you will remember your family from this breath to your dying days, because love does not fade. Love is the stars, and its light carries on long after death.”

I’ve talked already about the brilliant narrative change to multi-POV, but to be honest, I had my doubts about this at first due to the fact that these four POVs were all done in first person POV. There’s nothing wrong with it; I’m just more used to multiple third-person POVs. I really shouldn’t have worried; Pierce Brown nailed it with finesse. Not only was the story more epic in scope, but more importantly, Brown successfully made each character’s distinct voices and personalities shine, even when all four of them were done in first-person narration. Although it took me a while to warm up to one of the POV characters, once I was halfway through the book, I was fully engrossed in the four POV characters equally. These character’s emotions, their rage, friendships, loss, love, and dilemmas, they were easily palpable through each word that Pierce carved; it was emotionally impactful for me. All the characters in Iron Gold were flawed and genuine; they’re complex, and the burden of their past and the weight of their choices and actions felt believable. They did questionable things with understandable motivations, and I loved this book more because of that. Humans are complex by nature, and Iron Gold exhibited just how complex each individual can be, especially when they’re all trapped in the cycle of death, hatred, and violence. It’s safe to say that I’m emotionally invested in all the characters, both main and side.

One of the things that differ in this novel compared to the previous three books was the action scenes. And I’m not talking about the quality because those have always been exhilarating and breathtaking since Golden Son. Iron Gold is not an exception to this; pulse-pounding, explosive, and stunning as ever. Iron Gold, however, contained more violent scenes, and they were written elegantly. The set-pieces, the buildup, the execution; they all made the action scenes so powerful and beautifully destructive, and I thoroughly loved them. 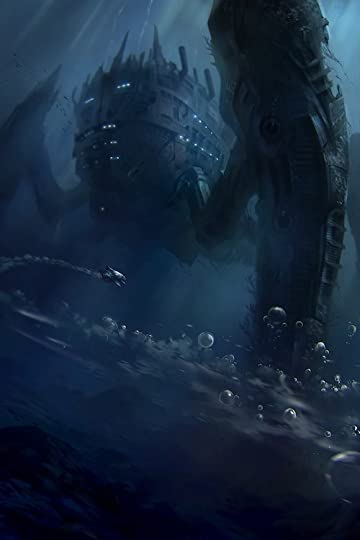 Pierce Brown also did a spectacular job with his world-building in Iron Gold; it was enlightening to read what has transpired to the characters during the past ten years—in the narrative—within the solar system. We also get to see the character’s journeys on several different planets. The settings, atmosphere, and weather were vividly described, and this, in my opinion, enhanced the reading experience. That said, my favorite part of the world-building in Iron Gold was the exploration of cultural differences between the colors; it’s fascinating to witness how myriad of changes doesn’t immediately mean that circumstances have indeed improved. And the implementation of Japanese culture in the House Raa family was especially delightful for me to read. For example, the terms gahja (outsiders) that the House Raa used probably derives from the word gaijin, which means foreigners. Plus, the House Raa upholds the code of honor and respect reminiscent of the Japanese culture. 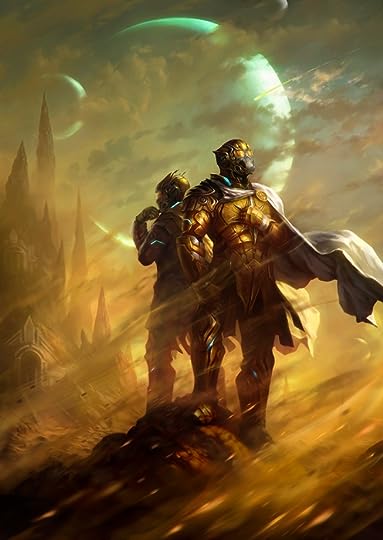 Before Brown’s Red Rising trilogy became a saga, the division between those who loved and those who hated the series stemmed primarily from Brown’s prose. Fortunately, I fell on the loving side, and I continue to love his writing style. I always think of Pierce’s prose as evocative, philosophical, compelling, vivid, and elegant. From my observation, his capability to pull off first-person present tense is top-tiered. In addition to that, the prologue of Iron Gold displayed a fraction of the amazing story he can tell if he decides to write a novel from third-person perspective narration one day. I hope it will happen one day; the prologue was short, and it was transcendent. Regardless of my wishful thinking, this once more demonstrated Brown’s incredible talent as a writer.

One final thing. I’ll leave this passage from the acknowledgments in this book for all of you to read because trust me, Pierce Brown understands his readers. Who knows? This could be the extra push for those of you who are trapped in the Bermuda Triangle of Fantasy (George R. R. Martin, Patrick Rothfuss, Scott Lynch) to finally invest in the Red Rising Saga if you haven’t.

“A single, standalone book is a fling. A series such as this is a relationship between author and reader. You trusted me to give me your time, your imagination through the initial trilogy. And, by buying this book, you trusted me yet again.

So my greatest thanks to you, the reader, for that trust. Know that I do not take it lightly, and will not abuse it as we spin further down the rabbit hole.” –Pierce Brown

Side note: The homage to A Song of Ice and Fire is perfection.

Okay relax boyo, there is no House Leo. I made that up to keep this review spoiler-free but you get my point.

Picture: My copy of Iron Gold. Thank you, Haifa! I will cherish this birthday gift! 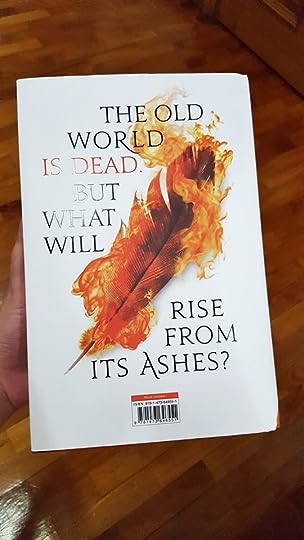