Hi everyone, I’m back with my monthly wrap-up for February.

With the shorter month and the Chinese festivities of the Lunar New Year (which means more time spent with family and friends instead of my nose in my books), I only managed to complete 5 novels, a couple of Sherlock Holmes novellas and a handful of short stories.

I’ll start with the novel which was the book of the month for me.

END_OF_DOCUMENT_TOKEN_TO_BE_REPLACED

The Fires of Heaven by Robert Jordan

You’re not in Tel’aran’rhiod. The flaming ta’veren has indeed pulled me back into this series.

“Mat had not learned the lesson that he had. Try to run away, and the Pattern pulled you back, often roughly; run in the direction the Wheel wove you, and sometimes you could manage a little control over your life. Sometimes. With luck, maybe more than any expected, at least in the long haul.”

END_OF_DOCUMENT_TOKEN_TO_BE_REPLACED

The Shadow Rising by Robert Jordan
My rating: 2 of 5 stars

I give up. Here’s where I say goodbye to The Wheel of Time.

The Shadow Rising is the fourth book in The Wheel of Time series, it’s been claimed by many fans of the series that installment is one of the better books—some even said it’s THE best–written by Robert Jordan before Brandon Sanderson takes over. I personally found this book to be the worst in the series so far.

Just like the extremely repetitive nature of the series, the only way I can explain why I found myself incredibly disappointed is, again, by repeating the cons that I’ve mentioned in my review of the previous three books. What I mean by this is that the story starts awesome, became extremely boring, and then a great conclusion again. Seriously, I read through the first 25% in a day, then it took me six days—with skimming Perrin’s story—to finish the remaining content. I won’t lie that a ridiculous amount of determination was self-forced on me in order for me to able to finish this. END_OF_DOCUMENT_TOKEN_TO_BE_REPLACED

The Dragon Reborn by Robert Jordan
My rating: 3.5 of 5 stars

Not much actually happened in The Dragon Reborn but it was more engaging than the previous two books.

The Dragon Reborn is the third book in The Wheel of Time by Robert Jordan. The title of this novel may be The Dragon Reborn, this title implies that Rand will take the central role again, but the main characters of this book were actually Mat, Perrin, and Egwene. If I’m not mistaken, Rand has only like three or four small POV chapters. This doesn’t mean that Rand wasn’t important to the main story, the storyline still heavily revolved around him. END_OF_DOCUMENT_TOKEN_TO_BE_REPLACED 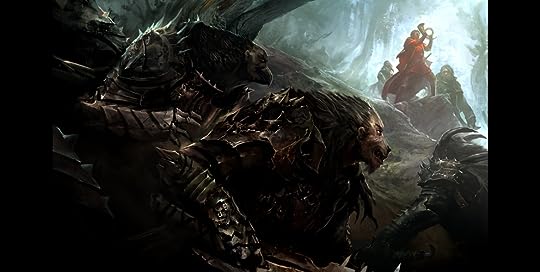 END_OF_DOCUMENT_TOKEN_TO_BE_REPLACED

The Eye of the World by Robert Jordan
Petrik’s rating: 3.5 of 5 stars

Here it is, I’m riding the winds of time! Wheeeeeeeeeee!

Another massive fantasy series to finish, a new epic adventure to undertake. Like many modern fantasy readers, the last three books finished by Brandon Sanderson played a huge motivational drive in my attempt to start and finish The Wheel of Time. I honestly find this series to be even more intimidating than Malazan Book of the Fallen due to the sheer number of word counts in it. To give a bit of information on how intimidating this series is, the last two massive series I began and finished last year was The Realm of Elderlings (4.1 million words) by Robin Hobb and Malazan Book of the Fallen (3.3 million words) by Steven Erikson; the entirety of The Wheel of Time consists of 4.4 million words. That’s how gigantic this series is. If it weren’t because Sanderson is one of my top favorite authors of all time and the fact that I’ve completely run out of his adult fantasy books to read, I probably wouldn’t have started this series at all. That being said, no matter what the initial reason is, I’m really glad that I’ve taken the important first step towards conquering The Wheel of Time.