The Boy, the Mole, the Fox and the Horse by Charlie Mackesy

The Boy, the Mole, the Fox, and the Horse by Charlie Mackesy was a book that I spotted several times on many best-sellers list. However, I was never interested in it; I never expected or planned to read this book. This was a book gifted to me by my co-blogger, TS; she insisted her co-bloggers receive this wonderful gift, and I’m really thankful for her generous gesture. Why? Because I surprisingly loved it. It arrived at my doorstep earlier today; I took a peek and ended up being charmed thoroughly to the end. 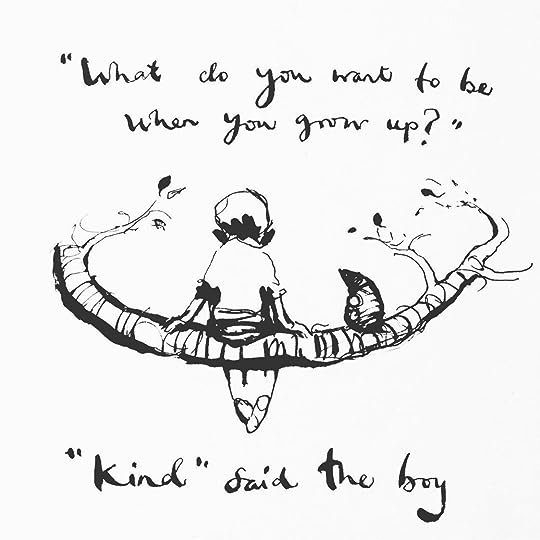 END_OF_DOCUMENT_TOKEN_TO_BE_REPLACED

Not as good as Homo Sapiens but Homo Deus did provide me with additional informative knowledge and intriguing speculations told in an engaging and thought-provoking style.

“People are usually afraid of change because they fear the unknown. But the single greatest constant of history is that everything changes.”

I will first say that Harari is a good writer, he really knows how to make interesting topics more compelling and he also kept me focused on information that would’ve been boring to read usually. Frankly speaking, there were indeed some sections in Part II—liberalism—that in my opinion was super dull and dry to read, but Part 1 and Part 3 of the book was superb; I found the majority of my attention grabbed by the way Harari discussed topics that evidently relevant in our society. Unlike Homo Sapiens which mostly dealt with facts and how humanity progressed—or stay the same—from the past up to the present, in Homo Deus Harari tells and speculates what comes after; what kind of futures humanity might be facing or going for based on the data and theories gathered from our history and present timeframe. There are so many topics that I could talk about here, but I feel like talking too much would diminish the benefit of reading this book itself; I’ll refrain from doing that and gives a bit of my opinion regarding one of the topics discussed: the power and curses of social media. END_OF_DOCUMENT_TOKEN_TO_BE_REPLACED