A parting gift to fans of Death Note, even if some of the stories were fillers or too short.

Death Note Short Stories, as the title says, is a complete collection of Death Note short stories written by the famous duo. It depicts tales of lives changed by the influence of Death Note. It also shows the resilience, intelligence, and determination required to use Death Note in a thrilling manner. There are six stories in this collection, and I will give my brief thoughts on them. Do note, however, that if you haven’t finished reading or watching Death Note, you must SKIP reading the first two stories in this collection: C-Kira and a-kira. They take place after the end of Death Note, and although this review is spoiler-free, these two titles gave major spoilers to the main series.

C-Kira
I finished reading this one already when I reread Death Note through Death Note: All-in-One edition a few years ago. It was a good short story that shows the long-lasting effect of the Death Note being used in the main series. I also enjoyed reading about the respect people have for Kira, even when they disagree with his actions and methods.

a-kira
a-kira is a new story for me. I didn’t even know this story existed until I knew about this book’s existence this year. And yes, this is the one portrayed in the cover art, and it’s definitely the highlight of this collection, in my opinion. Similar to C-kira, a-kira still discusses the long-lasting, probably endless, effect of Death Note, and how it continues to make the world revolve around it. Among many things, one of the main elements I love most about Death Note is the cat-and-mouse chase and battle of wits between Kira and L. This short story gave that feeling of thrill and mystery again, and it reminded me once more why I continue to think highly of Death Note. From my perspective, I think every fan of Death Note should at least read this title. 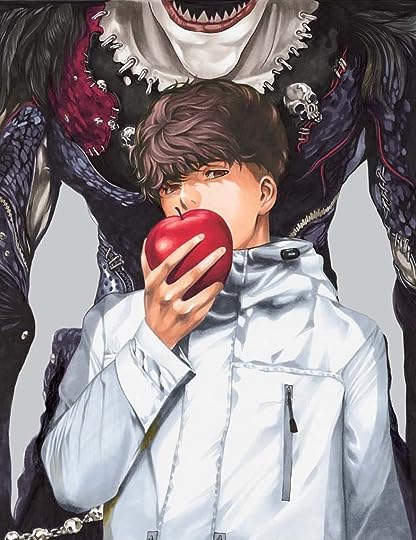 Death Note Four Panel Comics
A short comedy section. This section shows small parts of the lives of the main characters in Death Note told through a four-panel humorous comic style. It was mostly for fun, even if some of the jokes were meh, and it came with a downside, they were incredibly short bonuses. It won’t take you ten minutes to read through them all, and overall, I think this is the most unnecessary section in the collection.

L-One Day and L-Wammy’s House
I’m going to combine my thought on these two short stories here. These are vignettes of L’s life. Bizarre, wholesome, and somehow even shorter than the previous section I just mentioned. Although quite good, these two short stories probably won’t leave you with a lasting impression due to their, at max, 5 minutes long reading time.

Taro Kagami
One of the two biggest short stories in the collection, up there with a-kira. Taro Kagami was Death Note pilot chapter, and I could totally see why this pilot chapter sparked the interest that earned its serialization. It is far from being as good as the official first chapter of Death Note. But the one-shot shows the concept of Death Note nicely, which, to be honest, was a simple concept executed extraordinarily well. I enjoyed reading it, but also glad the duo decided to remove Death Eraser from the story. I don’t think having that would make the story in Death Note as thrilling and phenomenal as it did. 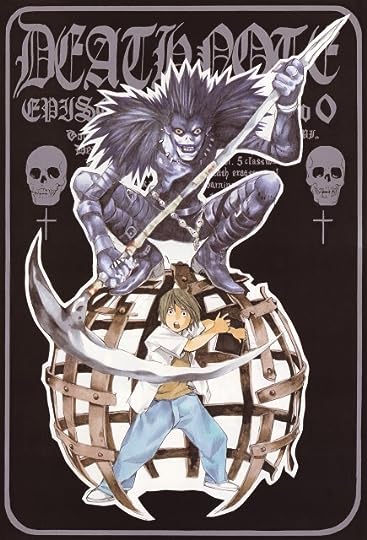 Overall, I think it goes without saying that Death Note Short Stories is strictly recommended to fans of Death Note. I don’t think anyone who hasn’t read or watched Death Note should start their journey into this series from here. But if you are a fan of Death Note, and you’re reading this review, yes, you should read this. Don’t expect something as mind-blowing as the main series, but this collection of short stories should suffice as an extra parting gift to fans of Death Note like I am. At the very least, you can enjoy seeing Takeshi Obata’s spectacular artworks again, which is a blessing to this world.