Series: The Legends of the First Empire (Book #1 of 6)

It’s always a great feeling when you start a new series from an author whose work you loved and find out their storytelling skill in their first installment of a series has improved. Well done, Michael J. Sullivan.

“If given a choice between a potentially great hardship and doing nothing, people gravitated toward what was most familiar and comfortable. That was why leadership was needed. To do what was necessary rather than what was easy.”

The first time I read Age of Myth, I remember feeling somewhat disappointed again by it. Do not get me wrong, Age of Myth was a good book, and it still is. I had a few issues with it, but overall, I enjoyed my reading experience. I cannot emphasize this enough, but when it comes to reading books by Michael J. Sullivan, knowing what you’re getting into matters a lot in influencing my enjoyment. Even on my first read of Age of Myth, I loved it more than The Crown Conspiracy already. And one of the main reasons why this occurred was because I started the book with the right expectations compared to when I first started reading The Riyria Revelations.

Second, although I agree that Royce and Hadrian have one of the best friendships in fantasy, especially after my second read, I initially had a lot of difficulties caring toward Royce as a character. I wish someone had told me I would understand and agree with the high praises only after I reached at least the second omnibus of the series. Long story short, I started The Riyria Revelations with very high and wrong expectations. I was incredibly disappointed with The Crown Conspiracy on my first read. I gave it 2/5 stars on my first read, but thankfully, it received an upgrade on my second read to 4/5 stars by starting it with the right expectations. However, enough about that, I’m not here to talk about The Riyria Revelations. All you have to know is this. I disliked Theft of Swords on my first read, loved it on my second read, and on both reading occasions of reading the series, I loved Heir of Novron to death.

“Fulfillment comes from striving to succeed, to survive by your own wits and strength. Such things make each of us who we are… You lose that in captivity, lose yourself, and that loss saps your capacity for joy. I think comfort can be a curse, an addiction that without warning or notice erodes hope. You know what I mean?… Live with it long enough and the prison stops being the walls or the guards. Instead, it’s the fear you can’t survive on your own, the belief you aren’t as capable, or as worthy, as others. I think everyone has the capacity to do great things, to rise above their everyday lives; they just need a little push now and then.”

If you are new to Sullivan’s work, try to ignore some of the high praises, from myself included, towards Sullivan’s books in your expectations of reading the first book of any of his series. From reading The Riyria Revelations, you will understand why we love his books so much when you get to the end of the series. My reading and reread experience toward Age of Myth mainly improved because of that, and now I am making my way through this series, too, hoping I will reach that satisfying conclusion in Age of Empyre. Alright, onward to my review of Age of Myth. Yes, I am indeed just getting started. 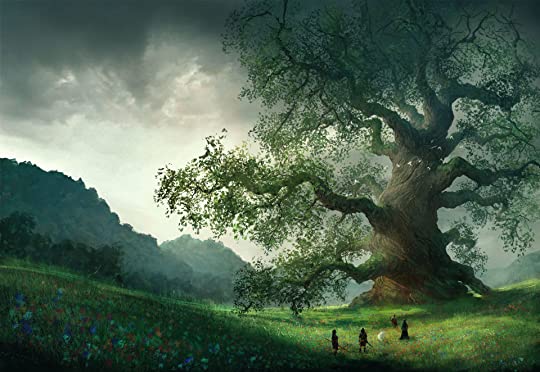 Isn’t that cover by Marc Simonetti just freaking gorgeous? Age of Myth is the first book out of six in The Legends of the First Empire by Michael J. Sullivan. If I were to judge from the first book only, this series has the potential to be even better than The Riyria Revelations, but that is a difficult ordeal to hurdle. For those of you who don’t know, Sullivan’s publishing method is a bit different from most traditionally published authors. He wrote the entire series first before releasing it periodically. Doing this means we do not have to be scared of his series not being completed, even if Sullivan gets teleported to another dimension. For more details on this, just read the author’s note at the end of the book, or you may ask Sullivan himself; he will be happy to tell you why in detail. This method, however, comes with a disadvantage. It may result in the first book of his series as the weakest out of the entire series, similar to The Riyria Revelations. The wonderful thing from this, though, is if this series follows the same sense of progression in quality, then the last book in The Legends of the First Empire will become the best book of the series.

“Power has a way of seducing by saying what you want to hear. Remember, it’s easier to believe an outlandish lie confirming what you suspect than the most obvious truth that denies it.

The plot in Age of Myth begins with Raithe, a Rhune (human), killing a Fhrey (Elf). Worshipped as Gods during this era, the Fhrey being killed off by a human means a great deal. This event sparks the flame of rebellion. Age of Myth revolves around introducing the characters of the novel, and how the human gathered their army for the upcoming war against the Fhrey. There weren’t many crucial events happening in the first book. The plot was predictable, and one of the main villains in this book is pretty much a bear. That said, it somehow worked out well for the novel. The tone of the narrative is relatively light-hearted, and the pacing and the prose flow really well. I finished reading the book within two days. The novel was addictive to read despite the lack of big events. And I honestly felt this is all possible due to the likable characters and accessible prose. The themes of bravery and leadership were also executed magnificently.

“People who lead don’t need to remind others who the leader is.”

Personally, I have not found myself fully interested in Raithe yet. Thankfully, Sullivan’s trademark of writing lovable female characters immediately returned. To this day, Sullivan’s capability in writing realistic and compelling female characters without forcibly making them mega strong with swords or martial arts remains one of the best in the fantasy genre. It is one of the things I will always praise him for. Age of Myth showed clear improvements in Sullivan’s characterization. The Riyria Revelations on my first read required four books to make me care about the characters; this time, Sullivan did it in one. Malcolm, Persephone, Suri, and Minna (a white wolf) were my favorite characters in the novel. I don’t know whether this is a coincidence or not, but the resemblance between Suri and Minna with Princess Mononoke is almost uncanny, which is a plus to me because I love that anime. 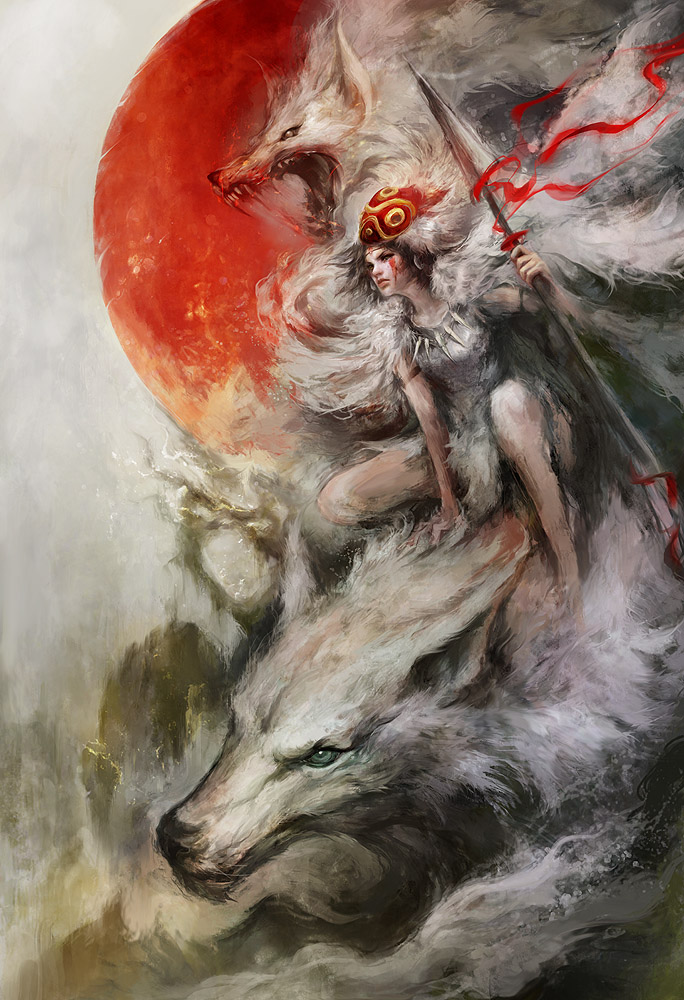 The Legends of the First Empire, taking place thousands of years before Royce and Hadrian’s story, is a dissection of the legends and lores told in The Riyria Revelations. If you have read The Riyria Chronicle or The Riyria Revelations, you will find a lot of Easter Eggs in the series here. This is why, although technically you can start your journey into the world of Elan from Age of Myth, I still think it would be better if you have read The Riyria Revelations first. There is nothing new in the world-building here. It’s a typical classic fantasy with dwarfs, elves, and many other elements that have been done for decades. Sullivan, however, made up for this lack of originality with these intersecting lore, histories, Easter Eggs, and characters. And in my opinion, Sullivan’s prose has increased significantly in quality. Even on my first read, I was never bored reading through the book. It felt easy to read, simple, vivid, and yet highly addictive.

“Fools believe silence is a void needing to be filled; the wise understand there’s no such thing as silence.”

As for the issues I had with Age of Myth, I feel like the conflict ended too conveniently several times. For example, the climax sequence was a chapter full of battles, but it ended in two paragraphs after a particular character decided to join. Adding to the fact that the conflict was won easily, I do not think this character received more than a scratch throughout the book. Lastly, I may be nit-picky here, but I found some of the namings so out of place. I mean, there were some modern contemporary names like Sarah and Jason. This would be okay if everyone was named the same way, but it’s not. It took my immersion away every time these modern names were mentioned in the novel. Can you imagine if Legolas was named Kevin? Or Aragorn was named Jim? Frodo named Daniel? Exactly.

“That’s what a good wife does, keeps your dreams alive even when you don’t believe anymore.”

Overall, I truly enjoyed reading Age of Myth. The issues I had with it were too small to affect my reading enjoyment. It is a well-written and easy-to-read novel suitable for those who love reading classic fantasy or for new readers of adult fantasy. And remember, considering that this is only the first book out of six, and this series is written by Michael J. Sullivan, I have high hopes that the last book of the series will be the best installment.

“What length will a mother go to on behalf of her child? How long is time? What is the depth of love?”

One thought on “Book Review: Age of Myth (The Legends of the First Empire, #1) by Michael J. Sullivan”