It’s safe to say now that with each installment, each book in the The Riyria Revelations series consistently gets better and better in quality. The second omnibus in The Riyria Revelations titled Rise of Empire consists of the third book, Nyphron Rising, and the fourth book, The Emerald Storm, of the series. Whether on the first or second read, Rise of Empire is overall a superior collection of novels compared to the previous omnibus: Theft of Swords. Similar to my Theft of Swords review, I’ll start my review by showing you another beautiful cover art of the series done right by Marc Simonetti, and also a beautiful fanart of a scene in The Emerald Storm.

“Power rises to the top like cream and dominates the weak with cruelty disguised as — and often even believed to be — benevolence.” 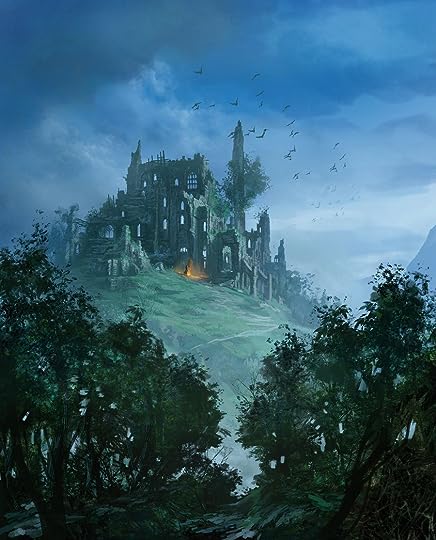 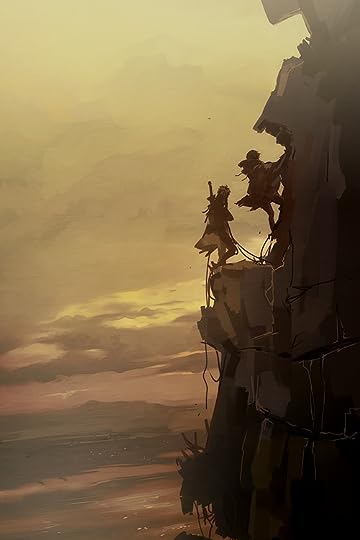 Whether it is Nyphron Rising or The Emerald Storm, the plot in the two books contained in this omnibus felt more engrossing; maybe not that significant on the second read, but it was so much more on my first read. The series built upon the events that happened in the previous books carefully. As I said, The Riyria Revelations is not an EPIC fantasy series, but in Rise of Empire, intriguing events and themes such as civil war, pirates, politics, loyalty, friendship, and love are more evident. If this is your first time reading Rise of Empire, and you have not read any of the books in The Riyria Chronicles, then this would be where you get to see Royce and Hadrian’s background revealed for the first time. The previous installments purposely withhold this information, and on my first read, I truly felt like their characters were bland in Theft of Swords. But not this time. After finding out more about their history and personality, every aspect of the series felt more immersive. It was more interesting to see how the story will develop from their POV. Although the main plot in the series so far was still predictable to me, I will say that, on my first read, I failed to predict how the overarching story of the series will be concluded, especially regarding who the Heir of Novron is. Foundations and foreshadowing—although some were so predictable—in the first four books were written incredibly well, and I hope Sullivan managed to conclude it brick by brick on the final omnibus.

“There are no honorable causes. There is no good or evil. Evil is only what we call those who oppose us.”

Sullivan expanded the world-building of Elan further, and I found his prose to be so accessible, making this a series that could be recommended with ease for newcomers to adult fantasy series. It is worth remembering, although the writing was easy to read, considering the fact that Sullivan wrote all six books in the series back to back before publishing any of them, there was no noticeable improvement in the quality of the prose. Personally, even though new information was being shed on Royce and Hadrian in this omnibus, I still had difficulty in investing myself towards Royce. The way the narrative is written tends to hide the duo’s feelings, and I wish I could care about them more on my first read. Obviously, on my second read, things have changed because I’ve gotten attached to both of them already.

However, the narrative was still engaging and addictive to read, and I’m thoroughly impressed with the development of the main female characters in the series: Arista, Modina, and Amilia. It was stunning how much development was put into these three characters. By this stage of the series on my first read, I genuinely thought they were superiorly written characters compared to Royce, especially Arista. Her POV chapters and her character development since The Crown Conspiracy were amazing. I strongly urge you to read and witness their developments for yourself. If you are looking for a high fantasy series with great and strong female characters, rest assured you can find them here. Sullivan proved that it IS possible to write strong and admirable female characters without being physically powerful.

“Breathe the air, taste the wine, kiss the girls, and always remember that the tales of another are never as wondrous as your own.”

I remember that one of the things that made it difficult for me to care about Royce on my first read was how often Royce was mentioned as a badass for his actions in the past, but in the present timeframe, he’s smart and quick without the supposed ruthlessness. It’s frequently mentioned in the two books that Royce is a legend. He can kill everyone and more. I get it already; he was an amazing assassin in the past, which we don’t get to see unless we read The Riyria Chronicles first, but I wanted to see his infamous status in actions NOW. And by actions, I do not mean one or two times occurrence like in the series so far, and they happened only in a few pages.

“That’s why you shouldn’t make vows. The moment you do, fate starts conspiring to shove them down your throat.”

On the other hand, Hadrian just became more awesome. On my first read, he was definitely my favorite of the duo. He still is! For a naive and such a kind-hearted to a fault character, Hadrian proved himself to be a beast when needed, and his legend as the Tiger of Mandalin was proven in The Emerald Storm. I’m pleased by his POV chapters. Starting from learning about his background and motivations to witnessing his battle scenes and his friendship with Royce, PLUS his loyalty to his friends? It was so easy for me to care about Hadrian. 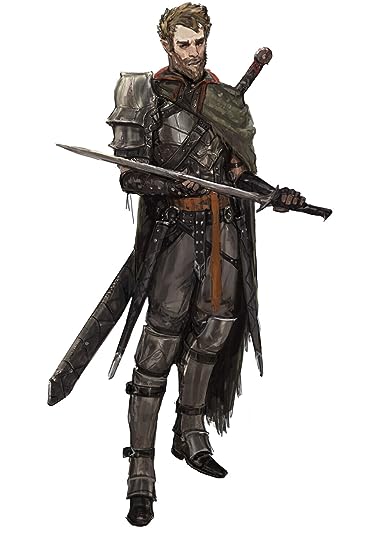 Rise of Empire is a step-up from Theft of Swords. On my first read, it was better in every aspect. On the second read, it gets even better. I can confirm the popular opinion that the fans stated: the series keeps getting better with each omnibus. I gave Nyphron Rising 4 stars rating the first time I read through it. On my re-read, I’m giving it a 4.5 stars rating. As for The Emerald Storm, both first and second read received a 4 stars rating. It’s slightly lower because the seafaring section was too long to my liking. Now I move on to the next and final omnibus, The Heir of Novron, which proved to be my favorite omnibus in the series five years ago, and I’m sure it will always be the case.