The Girl in the Tower by Katherine Arden

Series: The Winternight Trilogy (Book #2 of 3)

If you enjoyed The Bear and the Nightingale, I see little chances of The Girl in the Tower failing for you.

“Every time you take one path, you must live with the memory of the other: of a life left unchosen. Decide as seems best, one course or the other; each way will have its bitter with its sweet.”

The Girl in the Tower is the second book in The Winternight Trilogy by Katherine Arden. The events of The Bear and the Nightingale have left Vasya with an impossible choice: marriage or the convent. Vasya, however, cannot accept this fate. Dressing as a boy, she sets off on an adventure with her magnificent stallion, Solovey, until she encounters a skirmish with bandits. The Grand Prince of Moscow anointed her as a hero, and Vasya is reunited with her siblings, Olga and Sasha. Unfortunately, circumstances demand her real gender be hidden, and it will be difficult for her to untangle herself from the intrigues of Moscow. In the meantime, there’s something even more threatening waiting for her. As you can probably guess, The Girl in the Tower is a different kind of novel from its predecessor. For instance, The Bear and the Nightingale showed Vasya’s coming-of-age story. A lot of years passed in the first book. And this isn’t the case with The Girl in the Tower. Almost the entire story of this middle book installment takes place in Moscow; it transpires in a much shorter time. But everything good about The Bear and the Nightingale is left intact here.

“Witch. The word drifted across his mind. We call such women so, because we have no other name.”

Vasya has been, and will always be, one of the driving forces of the narrative in The Winternight Trilogy. I did like Vasya so much already in the first book, and her character development in The Girl in the Tower just made me like her more. I have mentioned in my review of The Bear and the Nightingale that Vasya’s relationship with her siblings was something that I highly enjoyed reading. This is why I’m so pleased to find out that Sasha and Olga are the key supporting characters in Vasya’s story here. Family, friendship, trust, and religions were some of the most evident themes of the novel, and Arden did a great job of including them in the story. I did struggle a bit in keeping my interest in the first two parts of The Girl in the Tower, but the rest of the book was incredibly engaging.

“I did not know I was lonely, she thought, until I was no longer alone.”

Arden has crafted one of the most intense horse-racing scenes I have read yet. Also, it needs to be recognized that Vasya and Solovey’s friendship is one of the things I treasured most about this trilogy. Having an animal companion in a fantasy book (or any book, really) is always the right choice. Just like The Bear and the Nightingale, this is another super atmospheric read. The danger of the situation felt palpable, the coldness of the weather can be experienced, and the scenery is seeable. The multiple nicknames the characters have also didn’t distract me from my reading anymore. I’m not really sure, though, whether it’s because I’ve gotten used to it, or maybe it’s because this novel featured a smaller number of characters with multiple nicknames.

I had a great time reading The Girl in the Tower. The only reason it didn’t receive a 5 stars rating from me is that so far, the series still lacked the emotional impact I need for it to reach that rating. I think it’s because the only character in the series so far that I feel fully invested in is Vasya and her siblings. If the other supporting characters can earn my utmost emotional investment in the third and final book, I’m sure it will become the best of the series. I look forward to finding out next month!

Picture: The Girl in the Tower by Afterblossom 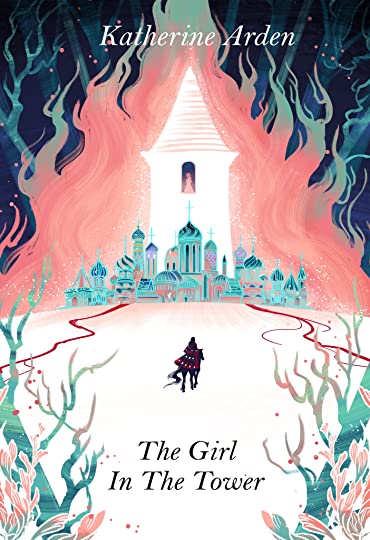