The Bear and the Nightingale by Katherine Arden

Series: The Winternight Trilogy (Book #1 of 3)

I enjoyed reading this debut. The Bear and the Nightingale is an atmospheric read with a likable main character.

Similar to Spinning Silver by Naomi Novik, one of the reasons I wanted to read The Bear and the Nightingale by Katherine Arden is because I want to imagine how it feels to live in the wintery season. Actually, on that note, if you love Spinning Silver, I think you should give this novel a try as well; there are a lot of similarities between the two books, though I liked Spinning Silver more. But back on point. As someone who lived in a tropical country all his life, winter, snow, or cold seasons are pretty close to being fantasy weather for me. I wanted to read a fantasy book that will make me feel this experience, and with the combination of cold air conditioners, I got what I wanted from reading The Bear and the Nightingale.

“You are too attached to things as they are,” said Morozko, combing the mare’s withers. He glanced down idly. “You must allow things to be what best suits your purpose. And then they will.”

The Bear and the Nightingale is Katherine Arden’s debut novel, and it’s also the first installment in The Winternight Trilogy. For years, people constantly recommended The Winternight Trilogy as one of the most appropriate books to read during the winter season, and I can definitely understand why now. Arden’s capability to evoke the coldness of the weather with her prose is just undeniable, and I genuinely felt cold while I was reading this book. Honestly, it almost felt like the weather/nature of the setting itself has become one of the main characters of the story. That’s what I thought, and then I read this section of the interview at the back of the book where the author said:

“People living in the Middle Ages, in an environment as harsh as Northern Russia, were intimately acquainted with the weather. Their lives literally depended on it. In The Bear and the Nightingale, the weather is pretty much a character in and of itself, personified, in a way, by the various spirits that populate the novel. Every action and event in the book is some way tied to the land: heat, bitter cold, snowstorms, fires.”—Katherine Arden

It’s no wonder that I had that feeling, and I think Arden has done an incredible job with her world-building. I’m not usually a fan of historical fantasy. I bounced off plenty of them already. However, Arden’s Russian-inspired historical fantasy debut was engaging and atmospheric. I love folktales, and although I’m well-versed in Japanese folktales due to the massive number of manga I’ve read, I admittedly knew pretty little about Russian folktales. Arden integrated many spirits from Russian folklores, and I had a blast searching and learning about each of them mentioned here, and I know I’ll gladly do the same thing again for the remaining books in the series. Plus, Arden also included the clash of faith to increase the pull of the narrative.

“I have never seen Tsargrad, or angels, or heard the voice of God. But I think you should be careful, Batyushka, that God does not speak in the voice of your own wishing. We have never needed saving before.”

But I’ll be lying if I said that these are the best parts of The Bear and the Nightingale. Lyrical prose and atmospheric setting aside, Arden’s debut novel is more compelling due to the main character: Vasilisa Petrovna. Vasilisa, also known as Vasya, was, for me, the main highlight of The Bear and the Nightingale. I found Vasya to be an incredibly likable character. She may be too good at the things she did, but her development was well done, and I expect my fondness of her will only grow after I read the two remaining books in the trilogy. Her bravery is admirable, and I loved reading about her relationship with her siblings. These two were definitively the main driving force of the narrative for me.

“All my life,” she said, “I have been told ‘go’ and ‘come.’ I am told how I will live, and I am told how I must die. I must be a man’s servant and a mare for his pleasure, or I must hide myself behind walls and surrender my flesh to a cold, silent god. I would walk into the jaws of hell itself, if it were a path of my own choosing. I would rather die tomorrow in the forest than live a hundred years of the life appointed me.”

Unfortunately, despite all the praises I have for this book, two factors did prevent me from enjoying this book further. First, the terminologies and nicknames. I’m not sure about this, and this could be a common occurrence in Russian-inspired fantasy, but each character in The Bear and the Nightingale has three or four nicknames. There weren’t a lot of characters in this novel per se, but the multiple nicknames and the similarity of them all made it longer than it should for me to remember who’s actually who. Secondly, I felt that the final section of The Bear and the Nightingale should be longer. The ending felt a bit anti-climactic to me because it ended too quickly. That being said, these are minor issues I had with the book, and I have a feeling the subsequent books will be even better.

“Where greater virtue fails, the lesser must do its poor best,”

That being said, these are minor issues I had with the book. There’s no denying that I had a great time reading The Bear and the Nightingale. This was an impressive atmospheric historical fantasy debut, and I have a good feeling the subsequent books will be even better. I look forward to reading The Girl in the Tower in February.

Picture: The Bear and the Nightingale by Afterblossom 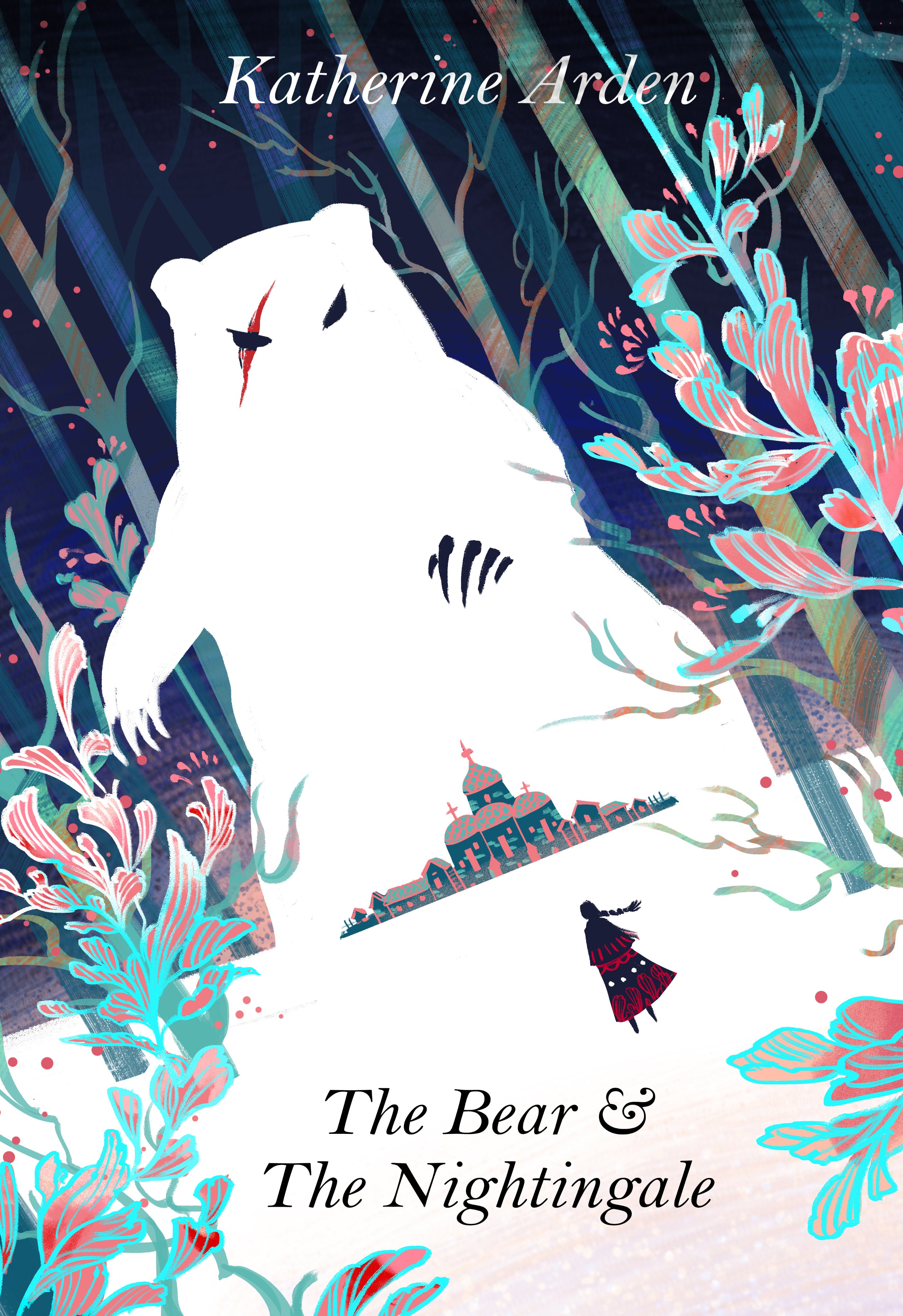 One thought on “Book Review: The Bear and the Nightingale (The Winternight Trilogy, #1) by Katherine Arden”