ARC provided by the publishers—Del Rey & Harper Voyager—in exchange for an honest review.

I won’t lie; I’m disappointed with The Desert Prince, but I have to acknowledge that this is a case of “not for me” due to having read The Demon Cycle.

The Desert Prince has been heavily advertised as a new beginning, or a spin-off, to The Demon Cycle by the author and publishers for at least months now. This is more like a continuation to The Demon Cycle than a spin-off; reading the previous series would make every encounter with the past characters more nostalgic. And believe me, there’s a LOT of characters from the previous series making a return here. I honestly always feel cautious whenever I approach a sequel series to a completed series. Don’t get me wrong; sometimes they work incredibly well, but statistically—from my experience—they often failed to deliver, and The Desert Prince just didn’t work as much as I hoped.

“You are what you want to be… And no matter what, I love you and will always be there for you.”

The Desert Prince takes place fifteen years after the end of The Core, and it revolves around two new main characters: Olive Paper and Darlin Bales. Both Olive and Darlin are descendants of the heroes of The Demon Cycle, and both of them are teenagers with their own struggles. Olive is an intersex who has her entire life planned out by her mother. Even though it was done to protect her life, Olive wants freedom and the life of a normal teenager. Darlin, on the other hand, faces a different kind of challenge. The weight of legacy is heavy around his shoulder because everyone expects greatness from him, but he’s only great at hiding. One night, when both Olive and Darlin step across the wards, it turns out that not all the demons are gone. Now, I’m going to start with the parts that I liked about the book. 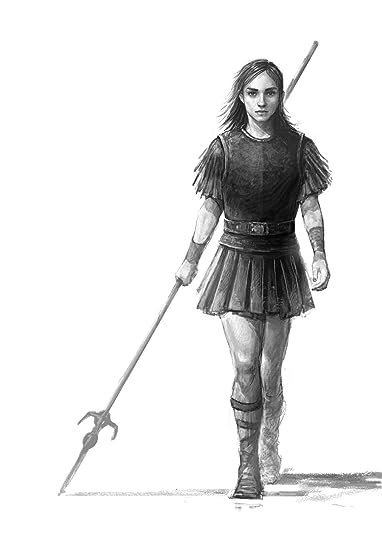 Brett made a bold decision to use a first-person present-tense narration for both of the main characters in The Desert Prince. This was never done before in The Demon Cycle, and I think Brett truly nailed the voices of the two main characters. I’ve read a few series that used multiple first-person narrations, and the characters ended up sounding too similar. That’s not the case here; both Olive and Darin have a distinctive voice to them, and I never felt like they sounded the same. Personally, having read The Demon Cycle ended up being a double-edged blade for me. The positives that came from it to me would be seeing the returning characters again. It felt great and nostalgic to meet these characters again after many years went by. Honestly, the returning characters and their role in this novel were the strongest factors of the book for me.

“Mother says we cannot blame a whole people for the decisions of their leaders.”
“Perhaps… But leaders who do not reflect the will of their people do not remain in power. Take my word in this.”

Unfortunately, the other side of the blade resulted in disappointment. Olive and Darin totally felt like the main characters in a not good YA fantasy; not because of their age, but because of their internal thoughts. So many pages were spent on them being angsty thinking about who gets to kiss who, about the act of kissing, love triangle, enemies to lover, complaining, and more. Both Olive and Darin were a far cry from the characters of The Demon Cycle; they’re just not intriguing enough to follow for more than 600 pages long. Also, I had issues with the pacing. I found that the narrative spent too long in one character’s POV chapters consecutively before shifting back to the other main character. It felt jarring, and the pacing made the book felt even longer than it already is. The Desert Prince is undoubtedly a sequel series; almost everything is related to what happened at The Demon Cycle, plus the references and background explanations were constant. However, the entire novel itself doesn’t add anything much or new to the main story told in The Demon Cycle already. Lastly, The Desert Prince has one of the most anti-climactic closing chapters to a book I’ve ever read. Reading the final chapters actually made me lose interest completely to continue to the sequel. 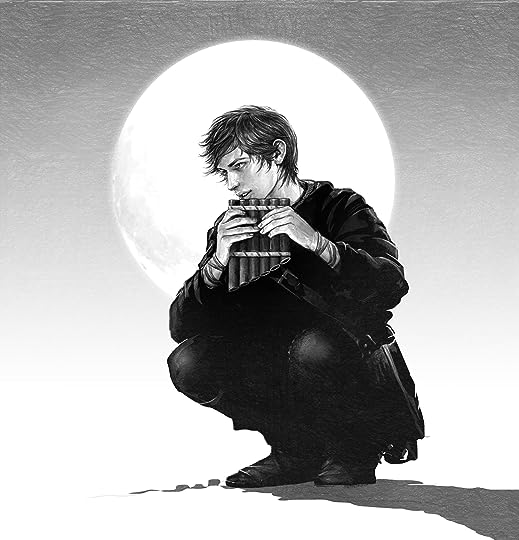 All of these bring me to the conclusion that it might just be better for you to read The Desert Prince if you haven’t read The Demon Cycle. Seriously, it’s weird for me to recommend that method because this means you will lose a lot of background and character development. But I think having read The Demon Cycle made this novel weaker than it should be. It’s sad to admit, but I won’t be continuing with The Nightfall Saga. Believe me, no one is more down about this rating than I am, but I have to always be honest about my opinion. Take my opinion with a grain of salt, though; this is definitely a “not for me” case. The previous series was great despite its issues; the first and the fifth book were incredible. After the darkness and intense story told in The Demon Cycle, it was frankly difficult for me to be reading a YA fantasy version of it. If you’re reading this review and you are indeed interested in reading this book, I sincerely hope you will love it more than I did.

“Let others determine your worth, and you’ve already lost, because no one wants people worth more than themselves.”

You can order the book from: Blackwells (Free International shipping) | The Broken Binding (Use my code: NOVELNOTIONS121 for discount!)