Death Note is a masterwork that eventually will become a classic in the manga/anime industry; in my opinion, it already did.

This is my first ever manga review on Goodreads, and it probably will be my last unless a special edition like this one comes out again in the future. I know I’ve stated I won’t review manga series I’ve read on Goodreads because of the sheer amount of volumes manga usually has. Plus, the huge amount of manga I’ve read (including reread, it has reached at least 2000 volumes read) makes it even more difficult for me to start. But I’ll have to make an exception because of this particular Death Note: All-in-One edition. Do note that this is not a box set; this is a single 2400 pages paperback that miraculously encompassed all 13 volumes of Death Note—and one never-before-released epilogue chapter in English—into one thick book. I will get into more detail on this edition at the last section of this review, but now let’s get on with the spoiler-free review of the entire series itself.

Throughout my time on Goodreads, I’ve been asked several times which manga I recommend. I struggle with this; it’s not that easy for me to recommend a manga series. I have different types of recommendations depending on who’s asking and what they’re looking for. But Death Note is one of the few manga series that I often recommend to practically everyone. This reread marked the third time I read the entire series, plus I’ve watched the entire anime adaptation two times as well. This means that I’ve experienced this particular story five times, and it’s still as amazing as the first time. I’m confident in saying that Death Note is a manga/anime series that will be accessible to both newcomer and veteran to manga due to how appealing the storyline and artworks are.

For those of you who don’t know, Death Note is a manga series created by the now-famous duo Tsugumi Ohba (the writer) and Takeshi Obata (the artist). The manga series has its run from 2003-2006; it is their first collaboration, and it’s what made them became one of the most highly acclaimed duos in the industry. Death Note’s genre, in general, can be stated as thriller and mystery with a touch of the fantasy element, but this doesn’t mean that this series will appeal exclusively to the fans of the genres. Unlike novels, from my experience, manga usually needs a few volumes for the story to get going; if you’re really expecting to be impressed by the first volume, the majority of manga will probably disappoint you. That said, Death Note is one of the few rare cases where it managed to grab my attention immediately right from the first chapter for its originality and simplicity concept.

“The name of the human who is written in this note shall die.”

This is an example of a simple concept executed brilliantly. Think about it; who the heck could come up with this idea in the first place? It seriously never crossed my mind that someone would actually start a story that revolves around this concept and transform it into something special. Death Note is an incredibly compelling series that focused highly on justice and moral compass. It’s one of the most thought-provoking series I’ve ever read or watched out of all mediums of storytelling. And to this day, I still sometimes think about what would happen to this world if Death Note truly exists.

“Start looking around you… and all you see are people the world would be better off without.”

Let’s be honest, every one of us has at least considered the line of thinking above at least once or multiple times; I still do sometimes. That’s part of being human, especially when everything you hear or see around the world is filled with injustice. The main character, Light/Kira Yagami, is a genius that accidentally obtains a Death Note, and he wants to use it for one single purpose: to make the world a better place by killing all scums, rapist, criminals that exist in the world; untouched or touched by laws, there’s no exception. This makes him an ultimate vigilante that practically untraceable by anybody because of its killing method, almost as if he’s truly a god. The plot, of course, became more complicated and engaging once his main rival, L, came into play. Not only Kira and L are both one of the finest characters I’ve ever read in manga, but their rivalry also to this day stands as one of the most highly praised rivalry in the world of manga/anime for many great reasons. To state a few, their characterizations and their deadly game of cat and mouse were so well portrayed that you can’t help but root for both of them. 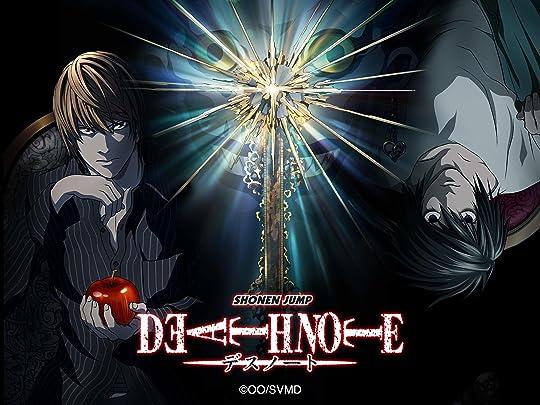 Kira Yagami is also one of the reasons why I have very high standards towards characterizations in grimdark. Up until now, I still haven’t come across many authors—whether it’s manga or novels—who can write a grimdark character as well-written as Kira.

The majority of readers think that the series got weaker during the second half; although I can certainly understand why, but I have to disagree. Death Note glued me to the last page from the start; even during my third read, the narrative remains very compelling. I won’t go into tons of detail on why this series is so special, but let me just say that the plot was magnificently done, and the artworks were beautifully drawn. Every character in this series, just like each one of us, has their own sense of justice. Instead of preaching to you about which sense of justice is better or not, I will just say: please give this series a read.

It’s a highly influential and immersive series. In fact, Death Note has sparked plenty of real-life copycat crimes and attempted malicious behavior around the world, mostly among students. One minor case for example: In May 2010, a middle school student in Avonworth School District in Pennsylvania was suspended for a “Death Note” with names of fellow students and pop singer Justin Bieber. This is, of course, just one case out of many; you can search up Death Note copycat crimes, and you’ll find so many cases. This is obviously not a good thing, but looking at the bright side, this also shows just how great this series is. It ended up influencing a lot of people around the world. Whether the influence is for good or worse depends entirely on the individual.

For newcomers to this series, I know Death Note has been adapted several times. But trust me, don’t watch any of the live adaptations; they just pale in comparison. It’s like comparing the smell of perfumes to excrement, especially the newly released Netflix adaptation. If you check your desktop, there’s this little icon called “recycle bin”, the Netflix adaptation belongs there; it’s pure garbage. You want the best version of Death Note? Read the manga or watch the anime adaptation.

Before I close this review, let’s talk a bit about this edition. I strongly encourage you to get this all-in-one edition. Novels are expensive, but they’re nothing compared to collecting manga or graphic novels. Manga is extremely expensive, especially after considering how fast it takes to read through one volume. Let’s say each volume costs $10; Death Note consists of 12 volumes, and to get all of them or the box set, you at least have to pay $90-$120; the price depends on which edition you get. Comparatively, this All-in-One edition is just so cheap; it allows you to get the entire series for $30-$40. 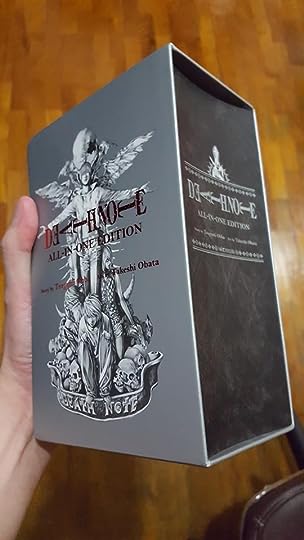 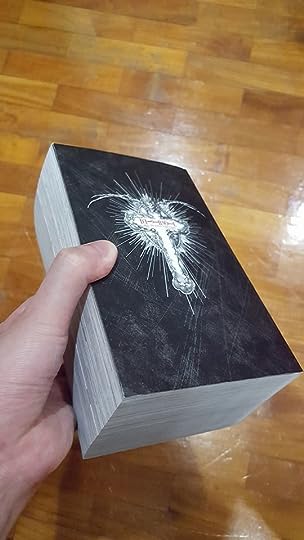 There is no downside to this edition, in my opinion, other than it is heavy. But look at it this way, isn’t it just the same as reading novels in hardcover format? With hardcovers, I usually lay them down on the desk or my bed, and then I read i. Reading while lifting hardcovers equivalent to training to become One Punch Man. And this edition can be read the way you read your hardcover; you don’t have to worry about breaking the spine. The spine is supposedly made of enhanced binding technology that made it extremely durable; it’s even stronger than the floppy trade paperback novels. Due to its durability, I read the entire series without any worries of breaking the spine. If you’re still not sure, check out this youtube video and fast forward to the 6:00 timestamp to see how extremely durable this edition is.

In conclusion, Death Note is one of the best manga series I’ve ever read. Give it a few more years and it will become a classic in the genre; in my opinion, it already did. It’s one of the most popular manga/anime series of all time, it’s and one that I will always recommend. Once again, dive into this series either through reading the manga or watching the anime; those are the only options you should consider, and then you can thank me later for one of the best escapism experiences once you get to it. Also, I would like to give my special thanks to my dear friend Haifa for getting me this fantastic edition as my early X-mas present.