Skin Game is a parkour to 5 stars. Parkour!

“Did you shout ‘Parkour’?” Michael asked.
“Well, sure,” I said. “That was kinda Parkour-like.”
Michael fought to keep a smile off his face. “Harry,” he said, “I’m almost certain one does not shout ‘Parkour.’ I believe one is supposed to simply do Parkour.”
“Do I criticize your Latin battle cries? No, never once.”

As I’ve mentioned in my recent Booktube video, Rothfuss’s review on Skin Game plus the insanely high average rating on Goodreads was the biggest motivator on why I finally decided to read The Dresden Files. I’m extremely pleased to say that this lived up to all the praises, and I personally think this is one of the best books in the series; it’s definitely up there with Changes for me.

“Home is where, when you go there and tell people to get out, they have to leave.”

Skin Game is the fifteenth book in The Dresden Files series by Jim Butcher. After the previous three books that were darker and more serious in tone, Skin Game is bringing the tone of the series back to pre-Changes novels. The differences, though, Butcher managed to maintain all the superb characterizations, engaging writing, and most of all, the significantly improved action sequences of the previous three books into this book. Oh man, it actually annoyed me how much I want to say here. There’s so much brilliant moment packed into this one book, but I genuinely think that the twists and turns, the humor, the heartfelt moment, plus all the “whoaaaaaa!” moment should be experienced by every reader without getting spoiled. There’s a mission, and it’s an incredibly dangerous heist. Although justice, power, faith, hope, and family are constantly recurring themes throughout the series, I think these themes in the narrative of Skin Game were some of the most emotional and memorable yet.

“Things are not always as bad as they seem. Sometimes, the darkness only makes it easier to see the light.”

It’s been repeated several times in my review for some books in the series, but I think it’s worth recognizing and remembering just how much has happened since Storm Front; Harry Dresden himself was still 25 years old in the first book, he’s at his late 30’s in Skin Game. More than a decade of stories, heartbreak, and mayhem has occurred to Harry, and believe me that I do feel bad for him; I hope Butcher has a happy/satisfying ending in his plan for him. However, this situation applies to all of Harry’s companions, and I loved reading every single development done for Harry and friends. I must say, there are so many great characters in this series, and Michael and Butters are two of my utmost favorite characters from the series; it’s so great to see them being in the spotlight again here. No spoilers, but let’s just say they were pivotal to why Skin Game became my favorite installment in the series.

“Nice try?” Butters said. “Mister, where I come from, there is no try.”

Additionally, my favorite villain of the series is now back; it seemed like it’s been so long since I’ve read about him, and I must say I’m starting to like him more now. Butcher has imbued great characterizations and complexities to this particular villain, and I’m also seriously astounded by the unpredictable actions and results packed into this one volume. I mean, I finished reading the last quarter of the novel in one sitting; I couldn’t put the book down at all. Magic, mythologies, monsters, angels, and other creatures were here, it was non-stop engaging actions with high stakes, and the last quarter contained one of the best chapters within the entire series so far. 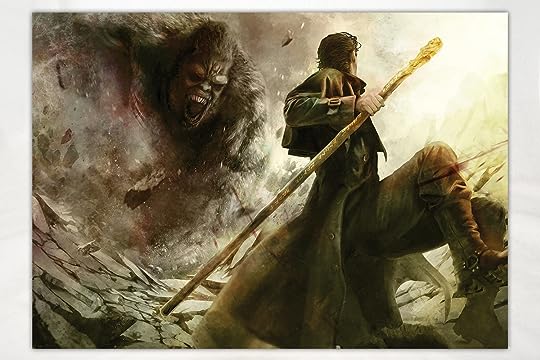 “One doesn’t destroy an empire built on pain and terror neatly,” Michael said, “if history is to be any indicator.”

I don’t have anything else to say, believe the super positive reviews and average ratings for this book. Skin Game is easily one of the best books in the series, and I’m so damn happy I don’t have to wait six years to read the next installment. Peace Talks and Battle Grounds awaits, and I will binge read them back to back early next month.

“The touch of another person’s hands.
“Hands that wrap us in warmth, that hold us close. Hands that guide us to shelter, to comfort, to food. Hands that hold and touch and reassure us through our very first crisis, and guide us into our very first shelter from pain. The first thing we ever learn is that the touch of someone else’s hand can ease pain and make things better.
“That’s power. That’s power so fundamental that most people never even realize it exists.”