I received an ARC of The Bone Shard Daughter (Orbit) in exchange for an honest review.

I will make no bones about it: This brilliant fantasy debut has announced Andrea Stewart as quite possibly the best newcomer of the year.

Bone. Shard. Magic. How intriguing does that sound?!?! I’m a sucker for a cool magic system and the sound of that sold me instantly. Having finished this book speedily, I can honestly say you would be wrong if you thought that was the final mark under this book’s coolness column. We’re talking migrating islands, lost ancient civilizations, wet and dry seasons that last for years if not decades, mythical creatures, people mysteriously disappearing, and other inexplicable magic. I fully understand if you stop reading this review about now to go and place that pre-order. Excellent choice in supporting this author if I may so.

“The construct looked nothing so much as a giant spider, dark brown and glistening, as tall as my chest when it stood to attention. Human hands were attached to the end of each of its spindly legs, and an old woman’s adorned the abdomen.”

The bare bones of this story consist of an empire ruled by bone magic. At a certain young age, every citizen is required to part with a shard of their skull that will then make its way to the stores of the emperor, ready for use in the powering of bone constructs that serve and protect the islands of the empire and the inhabitants. This magic is wielded solely by the emperor and his heirs and is the only thing that stands between the empire and the return of the Alanga; an ancient civilization that ruled these islands hundreds of years ago through terrifying powers.

“All the Alanga had powers, but their rulers had more than most.
When one island’s ruler fought with another, the clash of their
magics had killed so many hapless bystanders. Enormous walls
of water, windstorms that flattened cities. The greatest of them,
Dione, could drown a city while saving all the flies, but most
Alanga didn’t have that level of control.
What could mere mortals do against such power? ”

The cost of employing this magic is not one the emperor has to pay though, but rather the citizens of the empire. When the shards are embedded in constructs, the shard donor’s life starts ebbing away. They might not notice it early on, feeling only a weakening at first, a deep weariness as their constant companion. There is nothing to be done when your shard has been chosen, and the shard-sickness can happen to any person at any time. It’s so gradual that most don’t notice until the end when the decline is quick. Death swiftly follows, and it’s victims are always cheated out of years of life. But the people are no longer so accepting. Many believe that the Alanga are never coming back, that the emperor’s demand for shards is unnecessary and barbaric. Add in the worrying fact that one of the main islands that make up the empire just inexplicable sank into the ocean, taking thousands to a watery grave (I see what you did with the series name Andrea Stewart!) and it’s no wonder the tensions are high and things are about to come to a boiling point. And that’s where our main characters come in, each with a part to play.

An heir to the empire, fighting for the right to learn the magic which will keep her future kingdom safe. A nobleman’s daughter struggling with her loyalties and the need to do what is right whilst navigating the struggles of her relationship with a commoner who also has a POV. A roguish smuggler with a heart of gold and his animal companion who is going to steal many hearts and star-of-the-show awards, and lastly an enigmatic character with no memory of who she is, where she is, or what her purpose is.

I found it extremely easy to love and root for these characters, with Andrea Stewart writing each with a very distinctive personality and showing particular finesse and skill portraying their inner struggles as well as the characters’ varying relationships and the accompanying complexities on-page. The writing falls into that wonderful category of being so naturally easy to read that it fades into the background, immersing you so deeply into the story you hardly realise that just one more chapter has become a mantra. This in itself is always an achievement with a debut, as authors often only find their feet or groove after a few books, but not so here. The prose is polished, the pacing is excellent and the story is gripping to the very end, leaving quite a few questions unanswered whilst still delivering many revelations and culminating in a satisfying finish.

“We all tell ourselves stories of who we are, and in my mind, I was always the hero. But I wasn’t. Not in all the ways I should have been.”

Without a doubt, the Bone Shard Daughter is a superb opener to The Drowning Empire trilogy that delivers on its promising premise with a highly entertaining story. I am extremely eager to see what direction Andrea Stewart takes with this story and have no qualms in recommending this one to all fantasy readers. 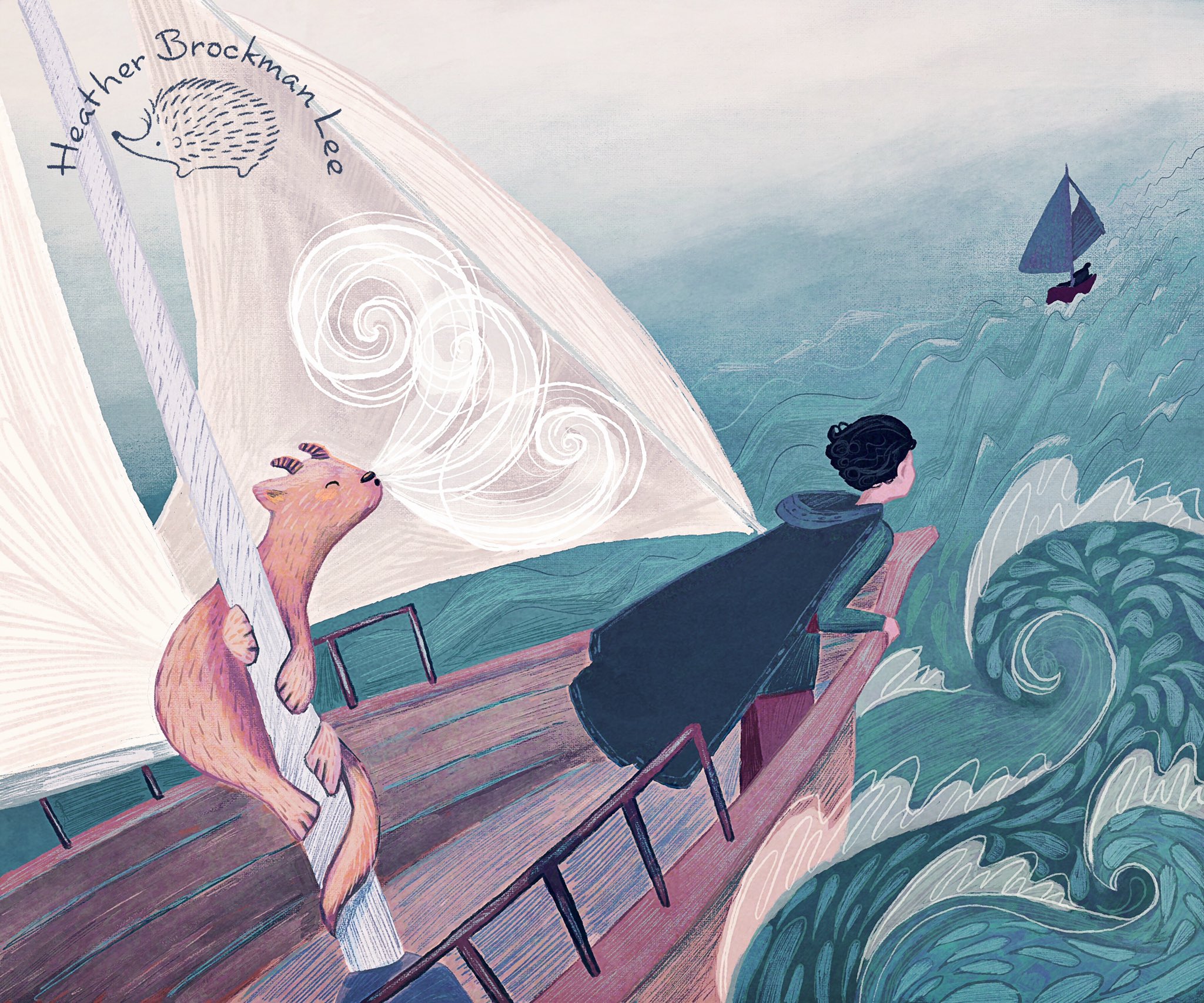