If you haven’t seen the tenth-anniversary leatherbound edition of Warbreaker, I suggest you take a look now by clicking here: https://www.brandonsanderson.com/the-…

No, I don’t have one. However, staring at how gorgeous it is certainly solidified my decision to reread Warbreaker. This time, with the annotated edition which I haven’t done before. I will recommend reading this annotated edition only if you’ve read the book before. It’s terrifying how fast time flies; I can’t believe that it has been three years since I first read this book. Warbreaker was the first book by Brandon Sanderson that I read after I finished his amazing Mistborn trilogy. Back then, I didn’t even realize how important this standalone would become in the overarching magnitude of Sanderson’s Cosmere universe. Having read all of Sanderson’s Cosmere books and going back to this made me realize how much Sanderson has improved as an author. It’s super beneficial to read Warbreaker first before you dive into The Stormlight Archives. Seriously, do it. 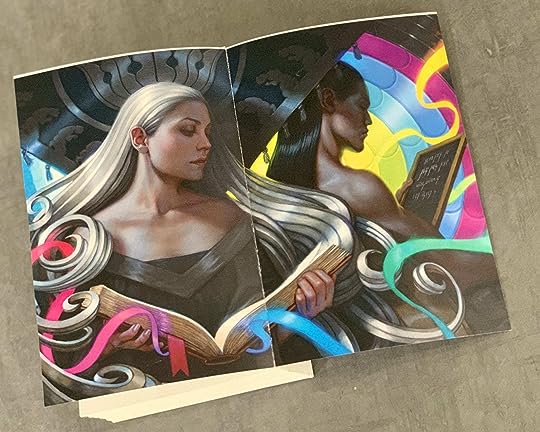 Taking place in the world of Nalthis, Warbreaker is a standalone novel within Sanderson’s Cosmere universe. Since its publication and for many more years to come, it will remain standalone. The story in Warbreaker follows the tale of two sisters princesses from Idris: Siri and Vivenna. Idris is on the brink of war with Hallandren, and to prevent this war from happening, the king of Idris decides to send Vivenna—who has practiced and learned the culture and religion of Hallandran for years—to marry the God King. However, the king couldn’t go through with this plan at the last minute, and he ends up sending his other daughter—Siri—to marry the God-King instead. Other than Siri, Vivenna, and Susebron, we also follow two other main characters, the reluctant god of bravery Lightsong the Bold, and a mysterious swordsman with a sentient sword, Vasher and Nightblood. 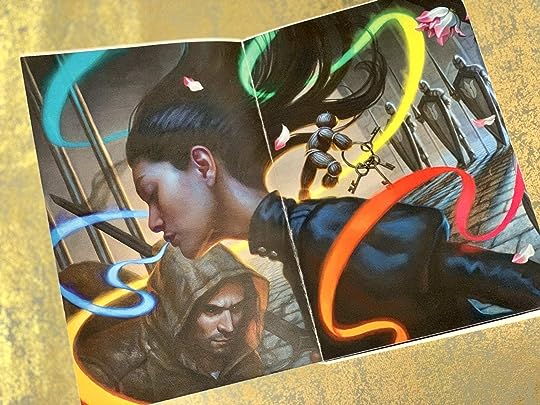 Sanderson takes his time here. Warbreaker is mostly paced like the second book of Mistborn trilogy, The Well of Ascension. It’s slow-paced, and I thank Sanderson for it. Sanderson slowly and gradually builds up the tension of the storyline while making sure each main characters receive proper development and distinctive voices first. Contrast and differences in perspectives are a very huge driving factor of the story here. Sanderson himself has mentioned that Warbreaker is a book with many tone; this is also what made Warbreaker so good to read. An event—even when they’re witnessed together—can be perceived differently; each individual justifies their actions by believing they’re truly doing what’s best for themselves and society. The clash of opinions and beliefs is one of the themes constantly explored in Warbreaker, and it also made the characters more colorful in personality.

“Every man is a hero of his own story.”

I have always loved Sanderson’s characterizations, and Warbreaker contained, in my opinion, some of his most distinctive characters so far. Siri, Vivenna, Lightsong, Vasher, Nightblood, Susebron, and Denth respectively differ in key personality, and I enjoyed reading their progression immensely. Almost all of the chemistry between the characters in this novel comes in pairs: Siri with Susebron, Vivenna with Denth or Vasher, Lightsong with Blushweaver or Larimar, and Vasher with Nightblood. The development and the interactions of these characters are the spotlights of the book for me; they felt so natural. The romance development between Siri and God-King, in particular, was endearing, and it felt so genuine. Warbreaker is a very heavily character-driven book, which luckily is my favorite type of narrative to read, and these characters have so many traits to love. I’m so invested in the characters that I honestly wish the sequel would be published already because I want to know more about them. 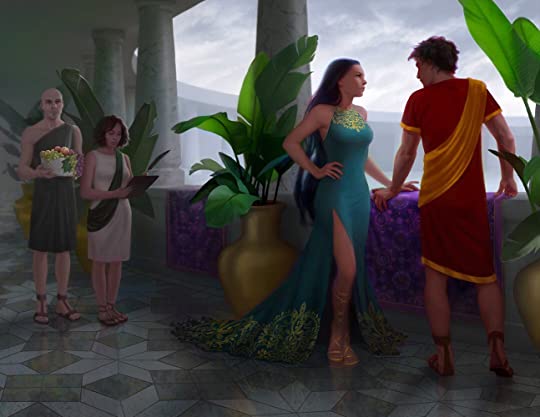 Also, if I may give a piece of advice, if you haven’t read any of Sanderson’s books in his Cosmere universe, Warbreaker is a great starting point for your adventures. I usually recommend readers to start with Mistborn trilogy, but if you find the idea of going through a 1500+ pages long series daunting, Warbreaker should be a safer choice. I don’t think you should worry too much about it though, Sanderson has one of the most accessible prose in the genre; he knows how to write impactful scenes without relying on a “beautiful” writing style. His prose allows him to tell a high fantasy story accessible by many readers around the world. I believe this is one of the many reasons why his books are so damn successful. The internal thoughts of the characters were well-delivered; the dialogues and banter were incredibly entertaining to read. More than any other book in the Cosmere universe, Warbreaker is quite likely the one that relies on banter and dialogues the most. I loved it; for example, pretty much every appearance that involved Lightsong was utterly delightful to read.

“I swear, my dear. Sometimes our conversations remind me of a broken sword.”
She raised an eyebrow.
“Sharp as hell,” Lightsong said, “but lacking a point.”

Excluding the vivid and cinematic quality that came from the writing, Sanderson’s accessible prose also enhanced the delivery of Sanderson’s staple hard magic system. Designing an intricate and unique magic system is one of Sanderson’s main talents as an author and storyteller. I won’t even bother to explain the in-depth complexity of Awakening—the magic system in Warbreaker. Awakeners are capable of combining colors, BioChromatic Breath, and a Command to animate an object. This, however, doesn’t even begin to touch the surface of the depth and intricacies of the magic system. Sanderson continuously ramps up the intensity of the story, and eventually, it all leads towards the brilliant Sanderlanche (Sanderson’s Avalanche) conclusion in the final ten percent of the novel. 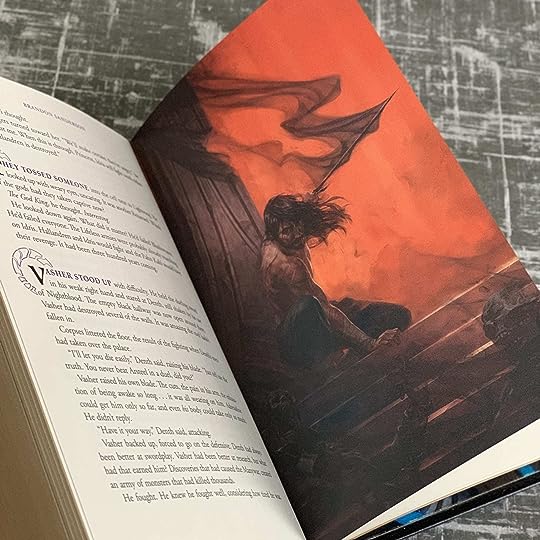 Unsurprisingly and undoubtedly, I loved Warbreaker. I will devour its sequel—currently titled Nightblood—immediately when it’s out. From what I’ve gathered in the most recent State of Sanderson in 2019, there’s a good chance that we won’t be getting a sequel until at least 2025. Assuming this prediction is true, Nightblood will be out sixteen years after Warbreaker was first published in 2009. I know that sounds ridiculously long, but that’s just how things operate in Sanderson’s multi-volume/series Cosmere universe. That being said, Warbreaker is an absolutely wonderful standalone that shines with its magic system and well-realized characters. Plus, the multitude of story elements such as mystery, politics, actions, romance, and intricate magic systems also worked magnificently. Color me impressed once again, Sanderson. Your book left me breathless on my first read, and it continues to be breathtaking on reread.

Yes, I’ll let myself out now.