As an Asian who loves watching anime and reading mangas and SFF novels, Steel Crow Saga is a novel that felt as if it was written for me. Steel Crow Saga has been published for more than a month now, and I feel like I’ve sinned—Sloth—for postponing reading this book. Full Metal Alchemist: Brotherhood is one of my favorite anime of all time (seriously, watch the anime if you haven’t) and I also love Pokemon and Avatar: The Last Airbender; these three are the most dominant anime inspirations imbued into Steel Crow Saga. I REALLY would’ve read this book months ago, and I did have the chance to do that because I received the eARC from Gollancz in August. But here’s the thing, the eARC I received was so terribly formatted—it didn’t even include the entire prologue, for one—that I had to give up reading through it 15% in. Thankfully, what I’ve read so far back then was enough to solidify my decision to wait and read the finished copy instead. I’m super pleased that I made this decision; the wait was worth it because this is an amazing Anime/Asian-inspired fantasy book that’s worth reading without any hindrance.

“All the books in the world will never convey the technical realities of a procedure.”

Although Steel Crow Saga is marked as the first book of a series, do know that it is very much a standalone story; there’s no cliffhanger with the main stories whatsoever. The main plot revolves around four main characters: Tala, Jimuro, Xiulan, and Lee. Not only the four main characters have different roles in the story, but they also came from different countries that are deeply inspired by Asian countries in our real world. Tala is a soldier from Sanbu (Phillippines), Jimuro is a prince from Tomoda (Japanese), Xiulan is a detective from Shang (China), and Lee is a thief from Jeongson (Korea). As I mentioned at the beginning of my review, or maybe you’ve heard of it, Steel Crow Saga is enriched by both Anime and Asian inspirations; it makes for a refreshing read for me because incredible Asian-inspired fantasy novels are, in my opinion, relatively harder to find. I think Krueger did an awesome job writing this book; Steel Crow Saga is a book about what happened after the big war, a story about the neverending cycle of hatred caused by it, a story about forgiveness, and it’s a book that has everything readers usually love in their character-driven fantasy read. Do note that it’s better to not expect a fast-paced storyline, as per the case of the majority of character-driven fantasy, Krueger takes his time to progress the main story by making sure the characterizations and personality were on-point first, which he did spectacularly.

“Sanbuna lore had countless monsters, but the worst of them wore a human face.”

I’ve said this countless times before, but character-driven stories are my favorite type of novels to read. I loved that the book is slow-paced; I loved that the author takes his time to prioritize the characterizations foremost, making sure that I care about their journeys, feelings, struggles, and moral dilemmas. The characterizations given to the main characters were nothing short of incredible; it was rewarding to witness the characters’ development, both in attitudes and relationships. Furthermore, there were many passages that I found to be relatable. This one for example:

“He took off his glasses and polished them with the end of his tie. She found it striking, how odd the sight was to her. She knew they were an artificial addition to his face, but that didn’t change the fact that he looked incomplete without them.”

I feel seen through this little snippet; I’ve been wearing glasses for almost the entirety of my life, and I’m not kidding when I say that it has become a part of me and my look. I must say that I’m quite surprised by how few people mentioned Full Metal Alchemist inspiration in their review of this book; the inspirations were everywhere. For example, Tala and Dimangan’s familial relationship reminded me of the Elric brothers in Full Metal Alchemist. Unfortunately, I can’t explain in detail as to why because I don’t want to spoil those who haven’t watched the anime masterpiece, which you really should. Moreover, there’s this obvious nod to the anime that filled me with glee: 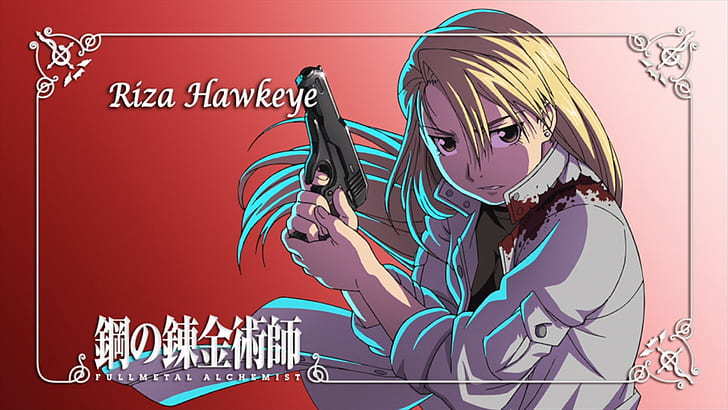 The other two dominant anime inspirations that made this book more impressive were Pokemon and Avatar: The Last Airbender. Do you love reading about fantasy books that have animal companions in it? I do. Well, Krueger leveled it up by making these animal companions come in magic form called Shade, and a certain set of people in this book can Shadepact—creating a special bond with these magical animals and making them appear by calling their names, just like how it is in Pokemon. The second magic system is called Metalpact—bending/control metal to their will.

“He was Tomodanese, and with metal in hand his people could work terrible miracles.”

The magic systems were simple, easy to understand, and yet they also made the book, especially its actions, so much more entertaining. As I’ve mentioned before, Steel Crow Saga may be slow-paced and heavy on characterizations, but please don’t misunderstand this statement; there’s still plenty of well-written action sequences to be found in this book. The climax sequences, in particular, were intensely gripping and emotional. Combining the best of both magic and steel, Krueger crafted a concluding battle scene that ended Steel Crow Saga impactfully and satisfyingly.

Before I close this review, I would like to praise Krueger on his Asian-inspiration world-building. Krueger is a Filipino-American author, and I’m not Filipino so I won’t claim to understand all the traditions and culture around it. The people of Dahal, if I’m not mistaken, is based on Indian. As for the other Asian countries’ traditions, languages, foods, and cultures that I’m more familiar with, I have to say that Krueger did a great job of implementing them into his world-building while making sure that this is still a fantasy book. Let’s take a look at this:

“A Tomodanese surname for her was a tricky thing, since the Tomodanese language didn’t have an L sound.”

In our real-world, the Japanese (Tomodanese in this book) language has the same rule applied. If I were to say my surname “Leo,” in Japanese it would be “Reo.” Then for the people of Shang (China), they called their little sister “meimei” (Chinese for little sister) and their big sister “jiejie” (Chinese for big sister. However, the usage of language isn’t the only thing that Krueger included, even the way the characters behave and the clothing the main characters wear respectively were simply on-point. Additionally, the variety of Asian food and beverages such as soju, kimchi, soba, gochujang, mapo tofu, adobo, etc and the way they’re consumed also enhanced the authenticity of the Asian-inspired world-building.

Powerfully fueled by a palpable passion for anime, fantasy and everything Asian, Steel Crow Saga by Paul Krueger is a magnificently entertaining book you don’t want to miss reading. If you’ve been craving for an Asian/anime-inspired fantasy, or maybe character-driven fantasy in general, with on-point characterizations, I don’t see how you’ll go wrong with giving Steel Crow Saga a read.

Sidenote:
Both the US & UK editions—especially the US edition that’s illustrated by Chun Lo—has gorgeous cover art; I’m going to procure myself a physical copy as soon as I’m able.