It’s quite surreal to think that Jenn Lyons released her debut, The Ruin of Kings, at the beginning of this year and a week from now its sequel, The Name of All Things, will be published to the world as well. Some of you may be familiar with The Ruin of Kings; it was Tor’s biggest and most advertised debut of the year. If you’ve read my review on The Ruin of Kings, you would know that I’ve had my share of mixed feelings with Lyons’s debut. It wasn’t that it was a bad book per se, but more like it could’ve been an even more incredible debut if it wasn’t due to the storytelling style that in my opinion felt too unnecessarily convoluted; whether you loved it or not though, I don’t think there’s any doubt that The Ruin of Kings was a super memorable debut with a unique narrative style. I can assure you that The Name of All Things is a great sequel that retains the series’ unique storytelling style but it was told in a much less convoluted manner which ends up elevating the book to triumph over its predecessor.

The Name of All Things is the second book out of five in A Chorus of Dragons series by Jenn Lyons. The story starts a few days after the destructive conclusion in the first book. Janel Theranon is asking Kihrin D’Mon—the main character of the first book and series—for his help to kill a dragon. Before they embark upon the quest, Janel and Brother Qown, recounts their background story that leads to their current timeline with Kihrin; their flashback runs in a parallel timeline to Kihrin’s in the first book. Told in a similar fashion to The Ruin of Kings, Janel’s flashback is narrated by herself through first-person narration, and Brother Qown, the chronicler of Jane’s story, tells bot of their story to Kihrin in third-person perspective.

Hearing this, you might be worried that this will end up being as confusing and convoluted as the previous book, but despite the constant alternating switch in narrative and timelines, there’s one adjustment in the Lyons’s storytelling style that makes The Name All of Things so much more accessible without losing the scope and complexity of the series: Janel’s flashback sections move forward in a chronological fashion. Unlike Kihrin’s story in The Ruin of Kings, the narrative doesn’t start at two different periods of flashback that progressed together at the same time. I personally believe that the overall quality of this book and the series itself are so much better for it. Do note that regarding the main plot itself, the present timeline moves forward only a bit. If you’re in here expecting a huge continuation to Kihrin’s story, there’s a high chance that you will be disappointed; only Part 4, which summed up the last 60 pages of the book, progressed the present timeline and Kihrin’s journey. I did wish that Part 4 was longer because the momentum building towards it was great, but the final battles of the book ended too quickly to my liking.

That said, I do want to acknowledge that I love Janel more than Kihrin as the main character. There’s just something about her attitudes and personality that had an impact more than Kihrin did. Janel and the Joratese culture were fascinating, and I incredibly enjoyed reading her relationship development with Arasgon, Qown, and Kihrin. Also, Janel reminded me of The Fool from The Realm of the Elderlings by Robin Hobb, that should say enough how great she was as the main character to follow. The themes of justice, reincarnation, identities, and familial connections were heavily dominant and well done. Let me remind you that there’s a glossary at the end of the book which will be highly beneficial. Each chapter begins with a very short snippet that recounts the events that happened at the end of the first book; believe me, there was a LOT. Before I close this review, Jenn Lyons isn’t a complex fantasy storyteller exclusively, she’s also a terrific artist. There are three gorgeous maps and tons of beautifully drawn chapter icons; all of them were drawn by Lyons herself! I’ll let the arts speak for themselves. 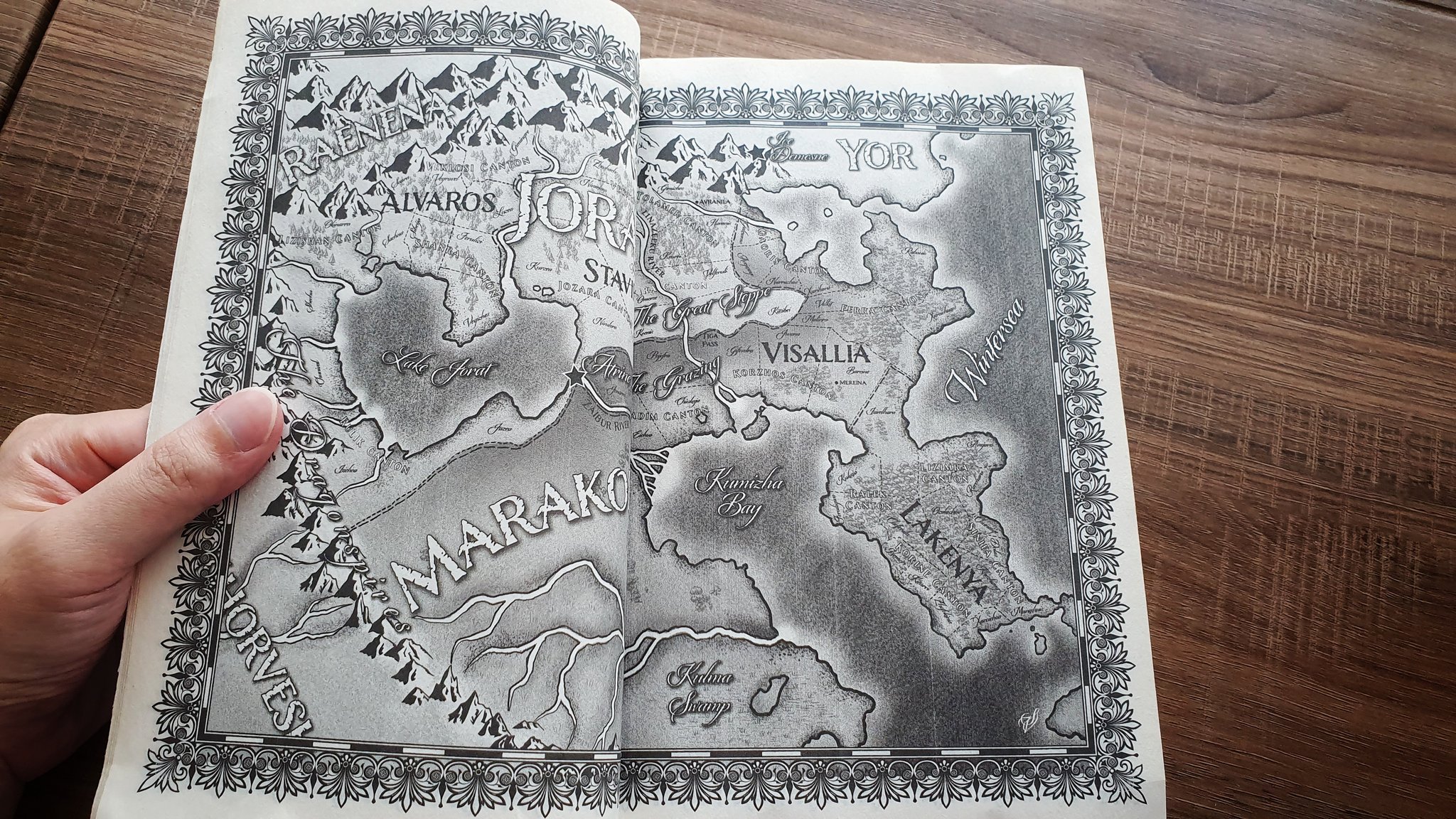 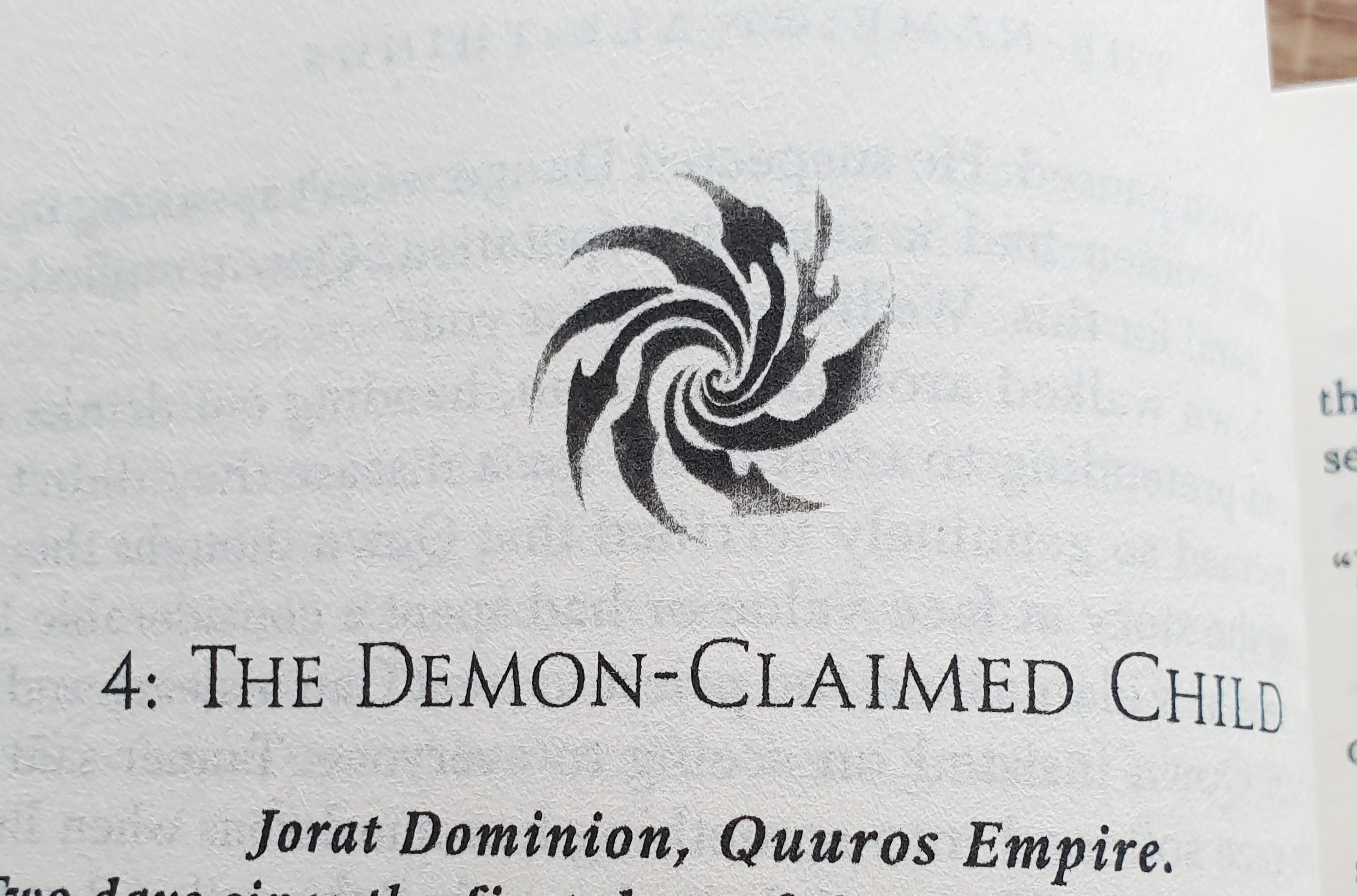 The Name of All Things is definitely superior compared to its predecessor; it’s an epic fantasy sequel that contains intriguing cultures, complex world-building, gods, demons, gigantic dragons, and magical artifacts. Written with engaging prose, Lyons created a sequel with a super focus on characters—both old and new—and world-building. Lyons seems to be preparing the story towards reaching a darker path in the third book, The Memory of Souls, and I’m really curious to know what comes next.

You can pre-order the book from: Amazon UK | Amazon US | Book Depository (Free shipping)

6 thoughts on “Book Review: The Name of All Things (A Chorus of Dragons, #2) by Jenn Lyons”