This post includes reviews of the 3 available books of the Hidden Legacy series. All 3 reviews are spoiler-free.

What is it with Ilona Andrews‘ books that keeps me awake until dawn or makes me steal a few precious minutes here and there every time I have a break? I can think of multiple reasons, including amazing female characters, flowing and funny writing, original magic systems or imaginative worlds but I honestly can’t settle for one that makes their books stand out this much in the Urban Fantasy genre! Since reading and absolutely loving Kate Daniels (the best UF series I’ve read to date), I kept looking for a new UF series that would make me feel the same pleasure and the same level of immersion. But here I am, for the third time in two years, coming back to basics!

This book is hot stuff!
And I’m not using the word “hot” based on the cover (ugly and misleading) or the title (deliberately equivocal?). I had a blast reading Burn for me: it was fun, it was fast-paced, it was intriguing and, let’s be honest, pretty sexy.

I shouldn’t be surprised though. There is something extremely familiar, cozy and addictive about the Andrews’ writing. Their prose is simple, their dialogues either informative, or hilarious, their characters very complex and realistic and there are always crazy things happening.

I went into the series not knowing what to expect but fearing that it would copy what made Kate Daniels the Andrews’ best UF work for me (and the best UF series I’ve read to date). But I couldn’t be more wrong. True, there were some familiar tropes and sometimes the same catchphrases. And true, the plot is developed on an investigation. But the world, the magic and the characters are completely new and totally exhilarating.

Nevada Baylor, main character and private investigator, conducts the family business and works on small cases (fraud, cheating or missing spouses…) while keeping a low profile about her magic and abilities. Nevada was definitely not sassy, kickass and a war machine like Kate (thank God!) but maaaan I ended up rooting for her. She’s super funny, extremely clever and perceptive, loyal and absolutely not perfect. Just my type of heroine! Mad Rogan was interesting and unsettling (and definitely not a copy of Curran, despite being just as strong-headed, dangerous and determined). And don’t get me started on Nevada’s crazy family (Grandma Frida is hilarious!). I just loved how all the characters evolved and the hints to more development in the sequels.

The investigation was brilliantly lead. Which wasn’t very surprising considering that Ilona Andrews are extremely thorough in their research. However, the worldbuilding might be the least exciting aspect of the book. The world isn’t particularly original: it’s basically our world and our era and what stands out, is that some individuals possess magical abilities. So this is more like an X-men world where the strongest mutants (Primes) are wealthy, powerful, hold important positions but have mutual agreements with normal humans (law enforcement, politicians…), abide by the normal laws while resolving their conflicts internally. The different types of magics (elemental, mental and arcane) were very well explored and the way the magic was channeled, amplified or contained (Arcane circles) strongly reminded me of Transmutation Circles in Fullmetal Alchemist. <3 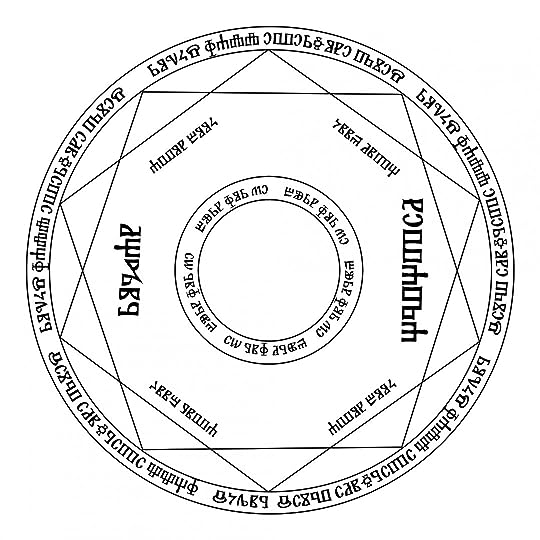 Last but not least… the ROMANCE was smoldering and extremely engrossing. Oh my… It’s neither cute nor fluffy. It’s just very consistent with the world Ilona Andrews crafted: wild, intense and dangerous. And totally immersive. But let me warn you though, for those who are only interested in the “Fantasy” aspect, Burn for me was pretty heavy on sexual attraction, fantasies and sensations. Proceed at your own risk! 😉 Personally, I really enjoyed the romantic aspect (despite not being a Romance reader), but a detail bothered me (and always bothers me in UF): male representation and how anything male characters say or do is instantly sexualized.

All in all, Burn for Me was an exciting ride and an excellent first book in the Hidden Legacy series. I had a great time discovering the different leads and ramifications of Nevada’s investigation, the different magical powers and witnessing her interactions with her family, Mad Rogan and pretty much everyone in the book. I recommend for UF (with a significant romantic touch) lovers.

This is a book I’ll be definitely re-reading every time I need to go back to a comfortable, soothing, familiar place.

I honestly have no words to describe just how much I love Ilona Andrews’ simple writing and colorful characters. Coming back to any world they created always felt close to coming back home and meeting with old and beloved friends. White Hot was no exception.

Okay, let’s take a second to properly loathe and virtually burn the trashy cover that doesn’t do the book any justice. Quite the opposite actually… There!

The story takes place 2 months after the last events of Burn for Me and Nevada accepts to investigate a murder case. Soon enough, she gets entangled in Houses’ conflicts and a machination bigger than her abilities and ressources and powerful allies will be needed. I found the plot to be much more compelling and immersive as the investigation got more personal and dangerous. I was never bored. Not a single page. Not a single paragraph. I kept turning the pages while apprehensively checking the exponentially increasing reading progress on my Kindle.

This wasn’t the world of normal people. Yet somehow I kept getting stuck in it.
“For the record, I don’t consent to being killed,” I said.

I absolutely loved the way day-to-day actions mixed with frenetic high-speed car chases, thrilling fusillades and battles with arcane creatures, against a backdrop of shady ideologies and Houses politics. Once again, I’m baffled at the amount of research the Andrews made on fire arms, cars, tanks and military. As a result, reading White Hot felt more like watching an action movie than reading a Fantasy book.

Nevada’s development was pretty awesome and her struggle to maintain a balance between her duties, believes, desires and self-assertion felt incredibly real and easily relatable. I loved Nevada! I loved her hilarious family and their constant banter and meddling in her love life. I loved knowing more about Rogan and his complicated past and twisted logic. But if I’m being completely honest, the highlight of this book was the romance for me. No, I’m not blushing… Let’s just say that it was very intense, swoon-worthy and caliente and we’ll leave it at that…

There is still so much to explore and to develop in this world where wealth, power, influence and prestige belong to the strongest magic wielders. Ilona Andrews originally signed for 3 books and though this trilogy could possibly stand on its own, the couple obviously left the door open to more stories. A 2nd trilogy, that focuses on Nevada’s sister, Catalina is being written. The first book, Sapphire flames comes out on August 27th 2019. Catalina was my least favorite from the Baylor family, but I liked her well enough in Diamond Fire, the novella that links the two trilogies up.

I won’t be writing a very long review, otherwise it would end up being redundant. Just know that if you enjoyed the first two installments, you won’t be disappointed with this one. It had all what made the series so engrossing in the first place: magic demonstrations and clashes, breathtaking action, nail-biting battles and duels, hilarious dialogues, extremely well-developed characters and incandescent romance (Ilona Andrews, you awoke the romantic in me and melted my little heart).

But there is also an important element that I didn’t bring up in my previous reviews but that was central to the plot and to the worldbuilding : the hideous social norms that condition the Houses’ system and help sustain their magic (and therefore, their wealth). Since magic is genetically transmitted, the Houses make sure to match their heirs (usually Primes, which is the highest level in the magic scale) with the right spouses : pre-selected Primes with potent and compatible genes that would breed the “right” children. Dreadful, isn’t it ? What future does a society hope to build when it pre-conditions its offspring before they’re even conceived? When loving and caring for one’s children is conditioned by them having the right set of genes and the right amount and type of skill? When teaching one’s children that their only worth is in perpetuating the family’s legacy ?

“You have to decide who you want to be. In the end, it’s all about family.”

In this maelstrom of magics, rivalry, shady morals and feuding dynasties, Nevada would have to survive, protect her family and secure her place in a dangerous world while working on a missing husband case. Faced with life-changing choices, Nevada underwent an amazing and satisfying character development in this book and I was awfully happy that she kept a cool head in some particularly frustrating situations where I apprehensively expected angst and drama.

I take a star for an underwhelming last chapter (in my opinion) though (despite a progressively and superbly built tension that hinted at a more epic apex). The epilogue was awesome though. I high-fived myself for guessing the last bit right … I think ? 😀

Conclusion of the Ilona Andrews marathon

I just had a lot of fun diving once again in a world imagined by Ilona Andrews. The first Hidden Legacy trilogy was intense, gripping and totally immersive. Every time I opened the book, I was instantly transported to Houston where I felt and lived Nevada’s struggles and ventures. I recommend the series to Urban Fantasy lovers. I should warn you though : the romance aspect (with some explicit content) is pretty substantial here.