Memories of Ice by Steven Erikson
My rating: 5 of 5 stars

A peerless and jaw-dropping epic installment; I consider myself damn lucky to have witnessed this powerfully evocative tale.

I’ve stated that it’s mandatory to read at least two books of the series in order to truly find out whether you’ll love this series or not. I retract that statement now and change it to three books instead. Trust me, if you don’t love Memories of Ice, you might as well drop the series now. And that’s okay because no series can work for everyone. Honestly speaking, I had a bit of doubt about the series, but this incredibly mesmerizing installment has convinced me to finally become a fan of the series. 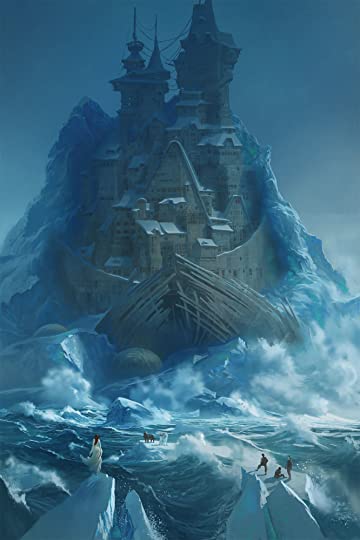 Unlike Deadhouse Gates where the story featured almost completely new characters in a new setting, Memories of Ice is more of a direct sequel to the first book: Gardens of the Moon. The events in this book take place around the same time with Deadhouse Gates, and this time, it continues from where Gardens of the Moon left off. Focusing on the Pannion War, the majority of the characters from the first book once again returned as the main characters here, and the setting returns to Genabackis. When it comes to the plot structure, Memories of Ice can be considered relatively simple. The plot structure utilized building-up to the big battle at the halfway point of the book, then the pace slows down and Erikson repeats the structure by building up the story once again to reach the monumental climax sequences. Memories of Ice, for whatever reason, felt easier to digest than Deadhouse Gates. This doesn’t mean that the world-building, lore, and history were any less complex or detailed; this is Malazan Book of the Fallen, and complexity is its charm. However, all the revelations and information in this book just seeped into my brain easier. Maybe Erikson’s prose here has improved, or maybe I’m just more used to the series by now; all I know is that it worked wonderfully.

“And perhaps that is the final, most devastating truth. The gods care nothing for ascetic impositions on mortal behaviour. Care nothing for rules of conduct, for the twisted morals of temple priests and monks. Perhaps indeed they laugh at the chains we wrap around ourselves – our endless, insatiable need to find flaws within the demands of life. Or perhaps they do not laugh, but rage at us. Perhaps our denial of life’s celebration is our greatest insult to those whom we worship and serve.”

It’s both amazing and shocking that despite everything that has transpired in Memories of Ice, there are still seven books left in the series to read. Memories of Ice shows just how destructive humanity can be through the devastation wrought by their actions. Echoes of deaths trail the paths of mankind; their power may be severely lacking compared to the Ascendants and other creatures, but their thirst for greed, hatred, and tyranny excel above everything. This of course doesn’t mean Memories of Ice is a completely dark book; I found Deadhouse Gates to be much bleaker in tone. In this installment, Erikson made sure to display that beneath humanity’s capability for violence, they also have compassion, love, and friendship that goes a long way toward balancing things out, and that’s something I truly appreciate.

“We humans do not understand compassion. In each moment of our lives, we betray it. Aye, we know of its worth, yet in knowing we then attach to it a value, we guard the giving of it, believing it must be earned, T’lan Imass. Compassion is priceless in the truest sense of the world. It must be given freely. In abundance.”

The world-building was once again stupendous. Things foreshadowed in the previous two books are unraveled gradually with mind-blowing revelations and implications. The importance of the Deck of Dragons continues to delightfully surprise me. Erikson’s background as an archeologist and anthropologist bleeds into the world-building and characterizations here. Right from the insanely epic prologue, Memories of Ice exhibited how events from hundreds of thousands of years have the power to greatly affect the present timeline.

”The heart of wisdom is tolerance.”

Erikson never stops introducing a lot of new characters within each book; you have to understand that developing patience with the character’s development is a practically crucial requirement to enjoy the series. Here’s the thing, Erikson doesn’t waste characters; all of the characters he added into the series so far are integral to the series. There were a lot of amazing scenes and characters in Memories of Ice, and it is honestly insane that Erikson was able to give every one of them a distinct voice and personality. Most importantly, each character’s POV was super engaging and compelling to read. For example, two of the many new characters introduced in this book—Gruntle and Itkovian—started out as okay characters here. By the end of this book, the two of them stand tall in the list of my favorite fantasy characters. Their development was stunning, and the actions they did were inspiring. Erikson has truly improved in his characterizations, and the development that all the characters went through in this installment alone deserves sublime recognition. The multitude of characters and their emotionally-packed interactions with each other have the power to make you invested in their fates. 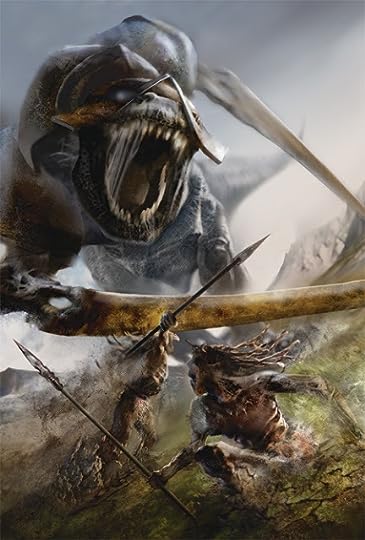 I’ve read only his first three books, but I must say that this is Erikson’s prose at its best so far. The prologue itself will immediately show you a glimpse of how well-written this book is. Every sentence has tremendous weight; the prose demanded my absolute attention, and I was very pleased to give in to that demand. The prose was poetic, elegant, engaging, and memorable; I found the images conjured by Erikson’s prose to be so vivid, and I’m sure this story will stick with me for a long time.

Admittedly, I struggled with the Barghast storyline in Part II of the novel during my first read; during this point, I was genuinely having doubts on whether this series would be for me or not. Fortunately, I was proven completely wrong by the incredibly well-paced second half of the novel. And I should note that during my reread, thie Barghast sections were much more intriguing. Usually, when I have issues with the book I’m reading, I tend to refrain from giving it a full 5 stars rating. However, not only am I giving this book a full 5 stars rating, I would actually give Memories of Ice a 6 out of 5 stars rating if I could. If I’m not mistaken, there has only been one other exception before this book where I gave this kind of praise despite the issues I had with the book, and it was for Oathbringer by Brandon Sanderson. It all comes down to the last 20% of the book; this is where Erikson unleashed his skill as a storyteller to carve a bloody path to your heart with his superb characterizations, palpable tension-building, and exhilaratingly epic action sequences. 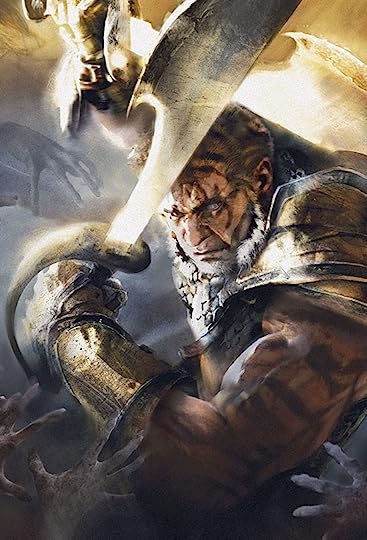 I’m talking about cinematic set pieces of immensely epic proportions with catastrophic results; every character out of every race played essential parts during the climax sequences. I was transfixed by the gathering of massive armies of vast power, and the limitless convergence was undoubtedly fantastic. I mean it, this is truly epic in both scope and execution. Once I’ve finished reading the book, the mini-epilogue then proceed to seal the deal that I’ve just read one of the most epic and finest epic fantasy books of all time.

“The harder the world, the fiercer the honor.”

I’m going to bask in my memories of this book for possibly the rest of my life. Not only this is the best book in the series so far, this has also become one of my favorite books of all time. Memories of Ice is deeply impactful and irreplaceable in content. It’s an epic tale of enormous proportion that could only be delivered by a masterclass fantasy author; Steven Erikson is definitely one such writer. Out of every book I’ve read, there are currently less than ten books on my “Masterpieces” shelf, and Memories of Ice is a welcome addition to that list. I’m completely floored and astounded by the greatness that Erikson has created with this installment. The experience of reading Memories of Ice has been frozen inside my brain, and not even Elsa has the power to let it go.

4 thoughts on “Memories of Ice (Malazan Book of the Fallen, #3)”