The Well of Ascension by Brandon Sanderson
My rating: 5 of 5 stars

When I first read The Well of Ascension, my experience was that I thoroughly loved it. It’s not until later that I discovered that apparently, a lot of people found the book disappointing. Because of this, I was scared that my reread experience would be ruined. Apparently, there’s nothing to worry about. Yes, it’s slightly an inferior book in comparison to The Final Empire but my overall experience of this reread is that I found the book almost as good as the first time I read through it.

Picture: The Well of Ascension by breath-art 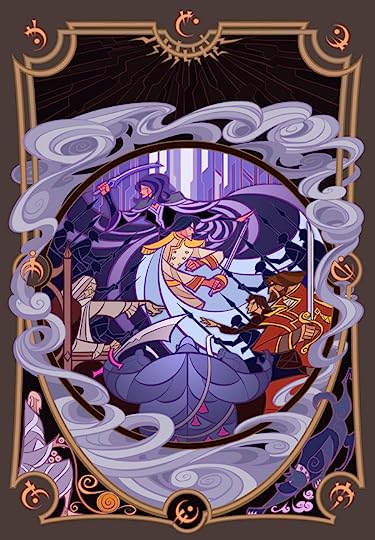 The Well of Ascension storyline took place a year after the end of the first book. The majority of the plotline revolved around Luthadel being sieged from many sides and now, Vin, Elend, and everyone must do everything in their power to stop the upcoming threat; also dealing with Luthadel’s internal political turmoil. The Well of Ascension at its core is a slow-paced book that’s very heavy on politics and making sure the characters’ motivation end up in the right set of mind before the final installment of the trilogy.

This resulted in a lot of talking, contemplation, with no actions at all. However, despite all these, I was never bored; I lost track of time like Elend did.

“Elend: I kind of lost track of time…
Breeze: For two hours?
Elend: There were books involved.”

I never mind slow-paced book as long that there are excellent characterizations in it, and in my opinion this book delivers on that front greatly; this were especially true for Vin, Elend, Sazed, and OroSeur. I know a lot of readers were bored because they found the first ¾ of the book too slow or uneven in pacing, which in a way is kind of true because it contained almost zero action sequences. However, the mystery, the character developments, the magic system, and the world were more than enough to give me joy. I didn’t think the 500 pages as useless or boring, it was an engaging and very well-written exploration on leadership, identity, love, and faith.

“A man can only lead when others accept him as their leader, and he has only as much authority as his subjects give to him. All of the brilliant ideas in the world cannot save your kingdom if no one will listen to them.”

I won’t lie that there was some scene that was unnecessary and yes, some part did go for a bit longer than it should but in my opinion, the slow and long build-up truly made the last 150 pages explode in quality.

“It’s easy to believe in something when you win all the time…The losses are what define a man’s faith.”

There was also a new metal to burn for the Mistborn her, duralumin. This single metal expanded the magic system and action sequences of the trilogy exponentially. Back when I first read the first book, I thought the magic system introduced in the first book was it for the trilogy. I couldn’t be more wrong because Sanderson ceaselessly expanded the complexity of the magic system with each installment; this includes the next book and Mistborn Era 2. The existence of duralumin made all the action sequences—especially the last 150 pages—in the book oozing with greatness; it was similar to Attack on Titan battle scene, which means it was incredible.

Picture: Interior artworks for the The Well of Ascension Leatherbound edition by Charles Tan (left) and Miranda Meeks (right) 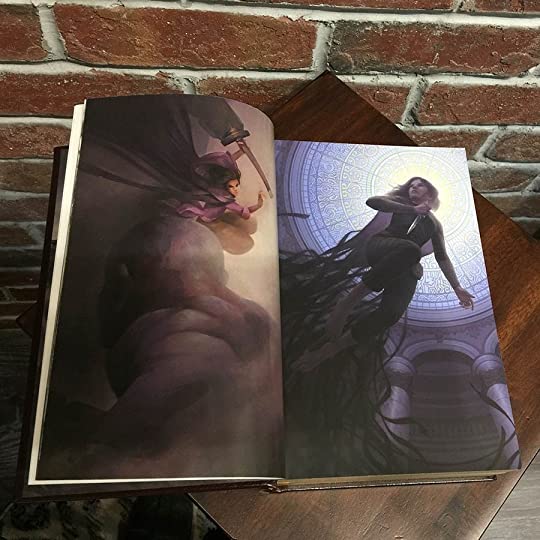 In terms of world-building, Sanderson also did a great job in utilizing the epigraph once again to explore the lore and the mystery aspect of the book. Specifically on The Deepness and the Well of Ascension itself. Plus, the nature and secret of the Kandra and Koloss revealed here were utterly beneficial in catching my interest in the book and never let go.

Although the book contained some elements of the infamous second book syndrome, it was one of the rare cases where I still end up enjoying it, very thoroughly. The first-time reader of the book may not know it yet but The Well of Ascension served its purpose as a middle book installment; whether the reader like the book or not that’s another story. In my opinion, Sanderson has set the stage for the transcending conclusion in The Hero of Ages magnificently with this installment and once again, even upon reread, I’m still amazed by how much this book holds up for me.