Memories of Ice by Steven Erikson

The harder the world, the fiercer the honour.

This in-world quote succinctly explained why Memories of Ice is one of my favourite volumes of my favourite grimdark epic fantasy series.  It is the reason why I even read grimdark in the first place, given that I am so easily assailed by emotions that one wonders why I willingly put myself through such heartbreak. So bear with me throughout this series when I keep waxing lyrical about how humanity manifests its most awe-inspiring qualities in the face of relentless hardship and horrors of a world ravaged by conflict.

As Deadhouse Gates dealt with the rise of the Seven Cities rebellion, Memories of Ice was about the events that happened concurrently back on Genabackis as Dujek Onearm’s Host with Whiskeyjack and Captain Paran with his Bridgeburners turned towards the threat of the Pannion Domin, a rising empire sweeping up from the southern reaches of the continent. Where two previously opposing armies now turned allies – the renegade Malazans and the mercenary armies of Caladan Brood, who was backed by the ever mysterious Tiste Andii and their lord, Anomander Rake; a gathering of possibly the world’s most powerful and dangerous.

Being a trained archaeologist and anthropologist, Erikson’s capacity for worldbuilding with deep and complex history was showcased in full glory. The book opened with a Prologue of events which took place aeons ago. To be exact, part I of the Prologue was dated almost three hundred thousand years before humans walked on this world. These pivotal events had culminated in the seemingly many-faced war that afflicts the current world. Ancient wrongs that led to broken and powerful beings that now feed on the poison of vengeance. And after a hundred thousand years, an ancient god had finally awakened to face the rising threat of the Crippled God that may devour all of mankind and ascendants alike. The Deck of Dragons was also much more than what it seemed, and with a portentous change caused by some strange convergence of powers and events, an unwitting and reluctant mortal had been chosen to play a crucial role in this game of gods and ascendants.

A Malazan book usually takes me twice as long to read as compared to another fantasy of similar length. This one, in particular, was really dense with so much to take in; from all the foreshadowing to the revelations, to the amazing battle scenes, and the empathetic development of a vast cast of characters. However, Erikson’s writing and narrative skills seem to be improving as we move from one book to the other and in spite of the density of the overarching plot, Memories of Ice was easier to appreciate than its predecessors.

While there were more new characters being introduced yet again, we have familiar and favourite faces from Gardens of the Moon which made the connection to the story significantly smoother. The characters, both new and old, were absolutely compelling in the portrayal of humankind at its best. Within the Pannion Domin led by the Seer, was manifested in stark brutality, the ugly side of humanity when faced with an all-consuming need, one which is the most primal of all. The first big battle evinced the fragility of mortality but in direct contrast, we also see the sheer resiliency of mere mortals sworn and committed to protect their own. And those who were singular in their courage driven by grief and loss from the mindless deaths that accompanied such savagery. 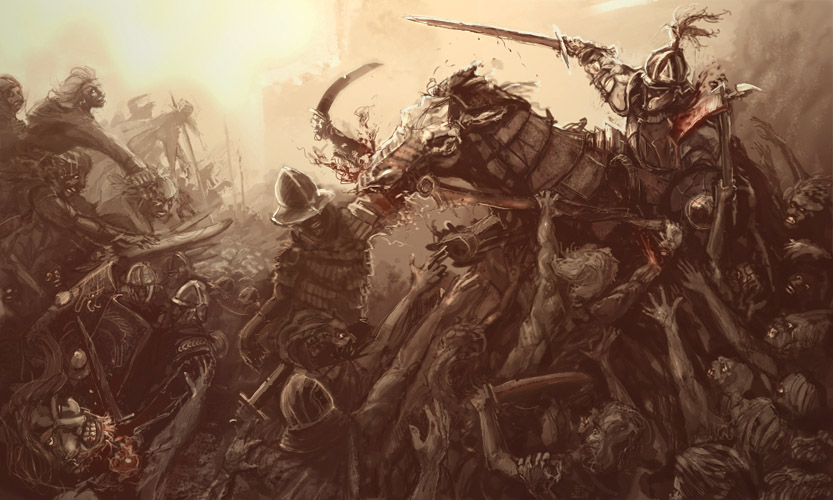 Amidst this bloody campaign against the Pannion Seer, the storylines of a few notable characters were the most captivating. Firstly, that of unlikely new friendships forged between mortals and almost immortals. One of which was a bond forged through the burdens and unspoken grief that both had lived through, no matter the disparity of its length in which it was borne; the other by a shared path and unexpected compassion.

“With the proper perspective, even a mortal life can seem long. Fulfilling. What I contemplate at the moment is the nature of happenstance. Men and women, who for a time, find themselves walking in step, on parallel paths. Whose lifes brush close, howsoever briefly, and are so changed by the chance contact.”

From such a chance contact, also rose an improbable but beautiful love story within the newly allied armies. The improbability was not so much because of the different camps from which the two lovers sprung from, but because of the different lifespan and nature of their respective people. A love between a human and a long-lived being who has lived through so many years of despair that her race was given to apathy for over a millennium.

A heart, once of stone, made mortal once more.

Mortals, which can bring gods and godlike beings to their very knees. The story of Itkovian, the Shield Anvil of Fener, was one which brought me to mine as it did for tens of thousands with his boundless and unfathomable capacity for compassion. To make right yet another ancient wrong.

I am the Shield Anvil. I am Fener’s grief. I am the world’s grief. And I will hold. I will hold it all, for we are not yet done.

Well, I am just about done as to continue regaling about all the grim yet touching and inspiring storylines in this book will just be too much for a review. Suffice to say that even with the stupendous tale of the Chain of Dogs in Deadhouse Gates, Erikson successfully followed through with another superior instalment in Malazan Book of the Fallen. The climactic sequence in Memories of Ice was epic, relentless, emotionally powerful and tragic. Even though this was a reread, I was not insensate to the heartbreaks that Erikson seemed to love subjecting his readers to.

Soldiers are issued armour for their flesh and bones, but they must fashion their own for their souls. Piece by piece.

Just as readers of Malazan Book of the Fallen need to fashion armour for their hearts. Preferably in adamantium or vibranium. (Oh sorry, wrong series/genre.)