ARC provided by the publisher—Orbit—in exchange for an honest review.

The Bone Ships by R.J. Barker

Highly imaginative world-building with a large focus on sea voyages and naval warfare.

“No sane woman or man wishes for war, and those that do never would if they thought it would leave paint on their doorsteps.”

The Bone Ships is the first book in The Tide Child trilogy by R. J. Barker. For generations, the two nations in the Hundred Isles have built their bone ships from the bones of supposedly extinct ancient dragons. The two nations used these ships to wage an endless war for supremacy and dominance in the high seas. Now, our main characters, Joron Twiner and Lucky Meas, heard that there’s a new sighting of a new sea dragon for the first time in centuries; nations participate in a race to shift the balance of power in their favor by hunting the dragon. I won’t lie; I struggled through the first half of the book on my first read. I, as a reader, prefer characterizations first more than anything else. A focus on characterizations was one of the things Barker did immediately and exceptionally well in The Wounded Kingdom trilogy. The Bone Ships to me felt like it followed the opposite direction by focusing the narrative on heavy world-building first; deeper characterizations came in the second half. The main premise regarding the appearance of a new sea dragon didn’t really begin until we’re 40% into the book. Because of this, the first 40% felt like the plot was directionless. Thankfully, the second half was significantly better. On the second read, however, none of these problems existed. The first half felt so much more engaging because I’m familiar with the world and characters already.

“The greatest revenge is not taken with a blade, it is that done by taking your enemy’s taunts and throwing them back in their face.”

The first time I read through this novel, the amount of time required to get me to care about the characters was definitely the biggest hurdle of the book. In The Wounded Kingdom trilogy, I cared about Girton immediately just from the first few chapters, and my investment for him and the side characters continuously grew throughout the series. In The Bone Ships, Joron—as the main character—takes the role of an observer of a legendary figure; similar to the Bloodsounder’s Arc by Jeff Salyards. It took a while for me to care about him, but I finally started to like the characters in the second half of the book. Seeing Joron Twiner, Lucky Meas, and the misfit crew of Tide Child gradually learn about duty, friendship, honor, and loyalty was simply a joy to read. The expert characterizations skill found in Barker’s first trilogy became more evident in the last 35% of the book.

“Loyalty. That is what makes a ship work – ties of loyalty. To each other, to the ship. And every time we fight together, we are bound closer together. It is your nature, Joron, to like people and to be kind. Do not think I have not seen the leeway you give.”

The one thing to highly praise about The Bone Ships, in my opinion, would have to be its inventive and intricate world-building. This isn’t an easy book to read; the learning curve is relatively higher than usual, and the first half of the novel was totally a sink or swim situation. World-building, lingo, unique names, and terminologies were introduced rapidly—sometimes even in an info-dump manner. It took a long time for me to acclimate myself to the world and characters. I’m also not particularly a fan of reading long sea voyages in a fantasy book; almost the entirety of The Bone Ships was spent on seafaring, and this indeed became a hindrance to my enjoyment on my first read. However, this is also where the book excels so much on the second read. The gorgeous cover art of The Bone Ships is similar to the UK cover art of The Liveship Traders trilogy by Robin Hobb, and the setting was also reminiscent. And yet, The Bone Ships stands out on its own; it felt refreshing and original to read. We have Gullaime (wind-mage or weatherman), sea dragon, bone ships, and the colossal Skearith’s Spine; these were some of the factors that made the discovery and sea voyage heavily prominent and awesome in the narrative. If you’re a fan of seafaring in fantasy, this book would be a hit for you. The vivid imagery displayed when they were traveling on the sea was stunning, and the gorgeous map plus chapter icons created by Tom Parker enhanced the strong atmosphere of the book. 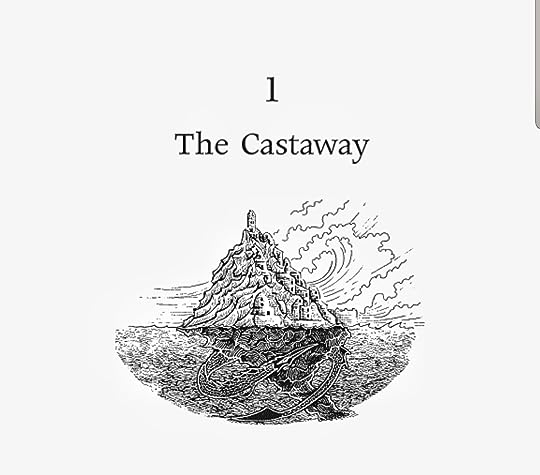 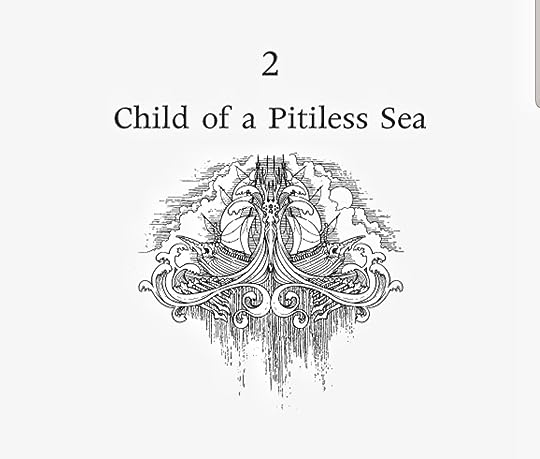 If this is your first time reading through The Bone Ships, and you feel like you’re struggling, rest assured that the second half made the struggle worthwhile; every part of the novel became clearer. I read through The Bone Ships again to refresh my memories before I dive into the sequel, and I’m glad I did. The vivid world-building and thrilling naval warfare concluded The Bone Ships on a high note. I recommend this book to readers who loved pirates, seafaring, and found family in their fantasy books.

“My advice is to judge them on who they are when you meet them, rather than on what you have heard from those to whom they are only stories.”

You can pre-order the book from: Amazon UK | Amazon US | Blackwells (Free International shipping)