This is not a review. This is a story, a story about a man who opened the first pages of Mistborn: The Final Empire.

Back in August 2016, there was a man who lived in emptiness. He was probably clinically depressed, but he would never know; he didn’t get himself checked. His heart didn’t ache, his smile was freely given, but he was never happy; he felt empty every day. Damages were added when he realized his hobbies didn’t interest him that much anymore, which resulted in reluctant social interaction with his friends. His insomnia was so acute that he couldn’t sleep without alcohol so he drowned in it every night. These symptoms were most likely the aftermath of cumulative mental damage afflicted by those closest to him. His best friend spread lies about him, his closest cousin stole tons of money from him, and then he lost his job and his then girlfriend dumped him. He was alone. He told himself, this can’t be it. There’s always a way to come back stronger. He decided to do something new; he decided to fully immerse himself in reading novels. There were countless choices out there and he didn’t know what to choose first, but on the 1st of September 2016, he dived into the mist and hope was born. He was completely addicted. By the end of the trilogy, reading fiction, especially fantasy, became a drug for him. Amazed by the five-year struggle, the characters in the book became incredibly real to him and he lived through every single event with them. He knew that the end of this trilogy was the beginning of what he hoped would be an everlasting adventure. He knew that he had become deeply entrenched by the power of words.

This is not a review; this is a story. A story about a renewed man who closed the last page on The Hero of Ages as a different person from the one who first picked up the book. A story about me, rising out of the mist a better man.

Picture: The Hero of Ages by breath-art 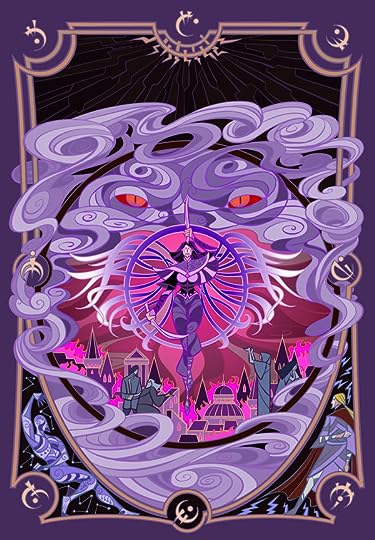 I’ve read and reviewed more than 200 novels within the past two and a half years. I won’t lie; during that journey, I’ve read series that I think are better than this trilogy. However, when it comes to a matter of importance, this trilogy stands at the top of the mountain and there will never exist another that could change that situation for me. Finishing this trilogy watered the flower of hope in my garden. I found a lot of friends who have the same hobby as me, I found a new job, I found a new girlfriend who loves to read and understand my passions; I’m not empty anymore.

Some readers will consider Brandon Sanderson a weak author who doesn’t deserve his success. Some will consider his books or characters to be poorly written. Some will treat Sanderson as if he killed their family because he’s more successful than their favorite authors. All of these are views they have every right to hold; after all, we’re all entitled to our opinions. For me, he’s none of these things. Sometimes I wonder if I would have become the man I am today if I had picked a different series to start my literary adventure. Maybe I wouldn’t have fallen in love with fantasy novels so deeply; maybe all the blessings I mentioned before would not have aligned with my stars. However, that’s a question I can’t answer.

I know that I haven’t talked about this concluding installment and what made the book superb. But thinking about it, when a book has managed to change the core of my lifestyle, I doubt I need to fully explain what made this trilogy amazing. Like I said, I won’t claim this trilogy is the best series out there, because it’s not. It’s one of my favorites but I’ve encountered plenty that are definitely better. However, nothing can change the fact that the Mistborn trilogy will always be the most important novels in my life. It sparked my love for reading fantasy novels; it’s an alpha in my endless journey to find omega. I haven’t met Sanderson and I don’t know if I ever will; he most likely won’t ever read these words and that’s okay. A reader and author are connected most of the time by a monetary relationship. I pay to read their story, and they need money to keep on making stories; I’m content with doing that. It’s time for me to put an end to this portion of my story; more adventure awaits. Brandon Sanderson, here are my closing sentences for you:

No matter what anyone else says about you, your works are responsible for changing my life for the better. For that, no words will ever be enough to express my gratitude.

This is not a review; this is a story. A story about me, and I’d like to thank Brandon Sanderson for sparking my love for reading novels.

“You are, fortunately, my hero of ages.” – Petrik