This review is quite long but the short version is this: Never Die is currently one of the three best self-published books I’ve ever read. If you still need more convincing, read further. END_OF_DOCUMENT_TOKEN_TO_BE_REPLACED

Ted Dekker will always have a very special place in my heart. His stories have inspired me and shaped my faith since I was a teenager, and I’ll always be grateful to them for the way they revealed truth to me in new and vibrant ways. His books will always have a shelf in my house. I can’t tell you how excited I was to hear that Dekker was returning to the world of the Circle, the series that impacted my faith more than anything else outside of the Bible I’ve ever read. END_OF_DOCUMENT_TOKEN_TO_BE_REPLACED

The Amityville Horror by Jay Anson
My rating: 4 of 5 stars

There’s no place like home. As long as that home isn’t trying to eat you.

This book proved true the idea that, sometimes, fact is stranger than fiction. I had no earthly idea before last week that this was (billed as) a nonfiction book. Seriously?! I’ve always had this fascination with the macabre and the unexplained, so I would’ve read this book long ago had I known that it wasn’t entirely fictional. (Yes, I’m aware that the book has since been proven to be only loosely based on the truth, but it’s way more fun to pretend that it’s true while reading it!) I think there’s a reason the fictional horror genre is so successful and draws so many readers and viewers; horror speaks to the fear we have of the unknown and the unexplainable. We like the thrill of watching or reading worst case scenarios while knowing that we are safe from them. END_OF_DOCUMENT_TOKEN_TO_BE_REPLACED

Incredible, the multiple nominees and awards this book has won are all well deserved. END_OF_DOCUMENT_TOKEN_TO_BE_REPLACED

Planetside by Michael Mammay
My rating: 4.5 of 5 stars

I’m actually surprised that so few people I know (close to zero) are talking about Planetside this year. Seriously, Harper Voyager and reviewers really should’ve advertised this book more, it’s a fantastic debut and if it weren’t for my friend, Niki Hawkes, I wouldn’t have heard about this gem at all. END_OF_DOCUMENT_TOKEN_TO_BE_REPLACED

Night Shift by Stephen King
My rating: 5 of 5 stars

Night Shift is exactly what I have always expected to find in Stephen King’s work, but which I have only experienced sporadically in his novels; it was genuinely scary. Short story collections are generally pretty hit or miss for me. Even those I’ve enjoyed aren’t usually overwhelmingly successful, giving me a handful of stories sprinkled liberally with mediocre tales. Not so here. I honestly enjoyed every single story in this collection. END_OF_DOCUMENT_TOKEN_TO_BE_REPLACED 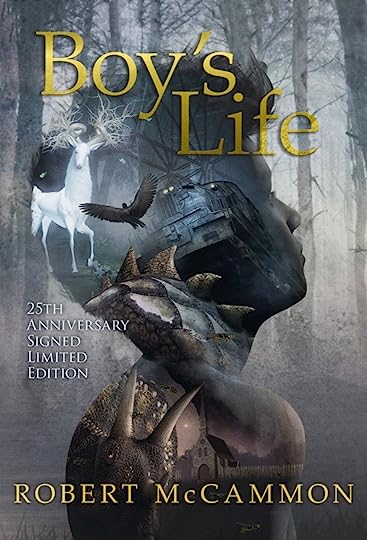 END_OF_DOCUMENT_TOKEN_TO_BE_REPLACED

Two Serpents Rise by Max Gladstone
My rating: 2 of 5 stars

Two Serpents Rise is the second book in Max Gladstone’s Craft Sequence series but chronologically, this takes place before the event of the first book; look at the number in the title of each book, that’s the chronological order of the story line. Because Craft Sequence is a standalone series, almost every book featured different main characters and story in a different locale. END_OF_DOCUMENT_TOKEN_TO_BE_REPLACED

Three Parts Dead by Max Gladstone
My rating: 4 of 5 stars

Imaginative and unique, think of City of Stairs by Robert Jackson Bennett with a little touch of Sanderson’s magic system and you’ll get Three Parts Dead.

Three Parts Dead is Max Gladstone’s debut novel and it’s the first installment in his Craft Sequence series. Ever since I finished and loved The Divine Cities trilogy by Robert Jackson Bennett, I’ve been craving for a similar kind of urban fantasy series to read. Readers and reviewers have directed me towards this series and I’m really glad they did. Three Parts Dead reminded me a lot of the vibe I found in City of Stairs and I highly enjoyed reading this gem. END_OF_DOCUMENT_TOKEN_TO_BE_REPLACED

Angus Macallan is a pseudonym for Angus Donald, a historical fiction writer most well-known for The Outlaw Chronicles series. Gates of Stone, the first book in Lord of the Islands series marked his first foray into the fantasy genre. When I first stumbled upon this book on Twitter, I was utterly filled with joy and disbelief that someone actually wrote an epic fantasy inspired by my home country. And it’s real and not a joke; Macallan cleverly utilized his skills as an author of historical-fiction into creating a powerful beginning of an Indonesian-inspired epic fantasy series. END_OF_DOCUMENT_TOKEN_TO_BE_REPLACED